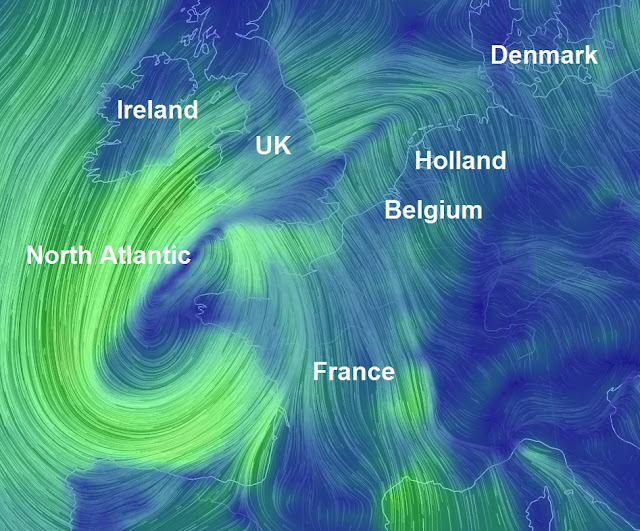 Strong winds that lashed France's western and northwestern coast overnight to Sunday left nearly 70,000 homes without power, according to the national electricity grid Enedis.
France's national weather agency, Meteo France, said winds that reached up to 160 kilometers (100 miles) per hour battered the Breton peninsula and the Normandy coast, and that two other regions also remained under a storm alert.
Power was off in the morning hours in 33,000 homes in Normandy, 18,700 in Brittany and 16,500 in the Loire-Atlantique region south of Brittany, according to Enedis.
Local officials said a woman suffered serious injuries when she ran into a fallen tree in her car in Brittany's Cote d'Armor department.
Meteo France said the stormy conditions resulted from a rare combination of bad weather in the northeastern Atlantic and a strong airstream directed at northwestern France.
The winds were expected to die down on Monday.
Media reports said that many trees and roofs were torn down in the violent winds.