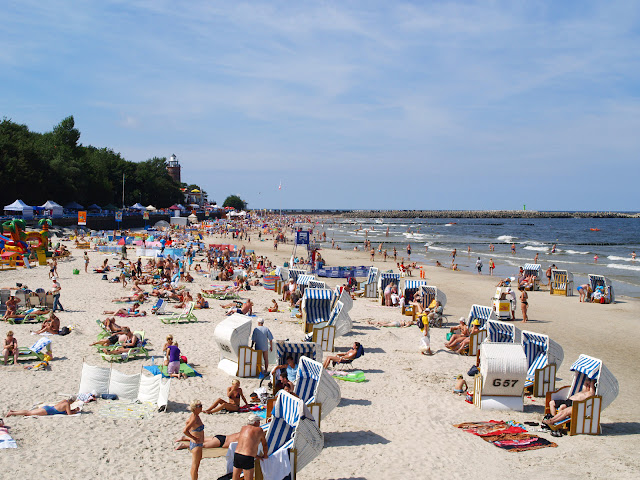 Unusually warm weather is about to go into its second week in many parts of northern Europe and the UK this week with temperatures set to hit 30C (86F) in many areas.
Although the temperatures are not record breaking the heat wave is highly unusual not only with the high temperatures but also its length of duration as it moves into its second week today and set to last well into this week.
Here in Holland despite a misty start in some places, the temperature is set to hit 30 degrees in southern parts of the country on Monday, weather bureaus said.
Tuesday and Wednesday are set to be even warmer and the heat wave could continue into Thursday, according to weather forecaster Weerplaza.
‘If we look back over the past 100 years, I expect weather records to tumble on a daily basis,’ Weerplaza spokesman Michiel Severin told broadcaster NOS.
The current September record temperature dates from 1919 when the temperature hit 29.6 degrees. Eastern Europe is also breaking records
Unusually warm weather has been recorded in the Czech Republic in the past days and yesterday was by far warmest day of the current heat wave, the Czech Hydro meteorological Institute (CHMU) has said on its website.
Record high temperatures for September 11 were measured at 96 meteorological stations out of the 146 stations in the Czech Republic.
On Saturday, records were beaten at 46 stations.
The highest temperatures were registered in the Central Bohemia Region.
Out of the total of 246 stations measuring temperature in the country, 80 registered temperatures over 30 degrees Celsius.
The absolutely highest temperature of 32.2 (90F) degrees Celsius was measured in Prague-Karlov yesterday.
On Saturday, the record high temperature of 31.8 degrees Celsius was measured in Rez near Prague. The oldest station is in Prague-Klementinum where temperature has been registered since 1775.
Hot and dry weather with temperatures around 30 degrees Celsius in the afternoon will continue in the following days.
A slight temperature drop and precipitation are forecast for Friday only.