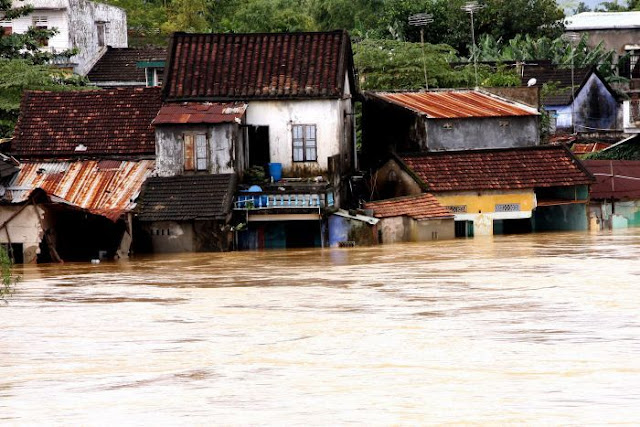 Photo Flood list
A series of floods across central, central highland and South Vietnam have caused massive destruction in the country, leading to the death of at least 15 people.
Six others have been reported missing, while thousands were forced to evacuate their homes.
Cold air and a tropical low pressure system swept over the country last week causing heavy rains, which led to the flooding of 41,000 homes.
Agriculture has also been adversely affected and according to the Department of Natural Disaster Prevention and Control's data as of 7 November, 12,000 hectares of rice and other crops were destroyed and more than 40,000 cattle and poultry were missing after the deluge.
The floods have reportedly washed away over 250,000 cubic metres of soil on roads, channels and dykes, damaging 15 bridges and have caused a loss of around Dong 430bn (L15.3m, $19m).
The local People's Committee, which functions as the executive arm of the provincial government, has requested for 1,100 tons of rice along with medicines from the national government to aid 33,600 people affected by the floods, the state-controlled Vietnam News Agency reported.
The Centre of Flood and Storm Prevention in Central and Central Highlands regions said flood levels in the rivers of the south-central region have gradually been subsiding, but there was still risk of flooding.
The flood which began on 1 November comes two weeks after a similar disaster, Typhoon Sarika, in Vietnam's central region of Ha Tinh and Quang Binh provinces claimed the lives of 31 people.