Photo ABC News
Heavy rain in Haiti generated flooding that has killed at least 10 people, including three children, Haiti's Civil Protection agency said.
The rainfall -- nearly 1 foot -- occurred mostly on Saturday and Sunday, which caused flooding in Haiti's northern regions.
A mother and three of her children died when their home collapsed in the Cap-Haitian city.
A man died while attempting to cross a river in the city of Perches, while a woman was buried underneath a wall that collapsed in Port de Paix.
The Civil Protection agency said on Twitter on Monday that rain continues to fall and that people are still arriving at rescue shelters.
Flooding is also reported in Haiti's southwestern Grand'Anse department.
The torrential rain and flooding comes more than a month after Hurricane Matthew devastated parts of the island nation, killing hundreds of people.
The damage from the hurricane striking Haiti was so vast that it could be seen from space. 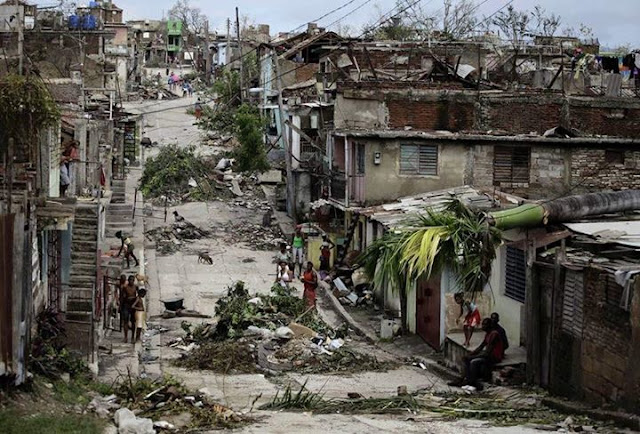 Photo Floodlist
Above the devastation left by Hurricane Matthew  devastated parts of the island nation, killing hundreds of people.