A new report claims billions worldwide, nearly 70% of people aged between 1-49 were living with herpes up to 2016 and there is no cure. Most had oral infection but nearly 200 million had genital infection 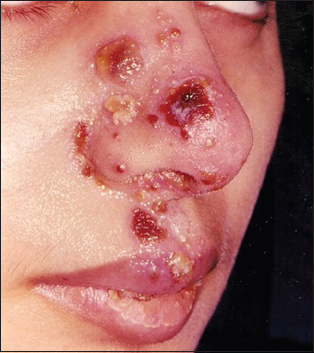 Billions worldwide living with herpes and there is no cure.

About half a billion people worldwide are living with genital herpes, and several billion have an oral herpes infection, new estimates show, highlighting the need to improve awareness and scale-up services to prevent and treat herpes. About 13% of the world’s population aged 15 to 49 years were living with herpes simplex virus type 2 (HSV-2) infection in 2016, the latest year for which data is available. HSV-2 is almost exclusively sexually transmitted, causing genital herpes. Infection can lead to recurring, often painful, genital sores in up to a third of people infected.

Herpes simplex virus type 1 (HSV-1) is mainly transmitted by oral to oral contact to cause oral herpes infection – sometimes leading to painful sores in or around the mouth (“cold sores”). However, HSV-1 can also be transmitted to the genital area through oral sex, causing genital herpes. Around 67% of the world’s population aged 0 to 49 had HSV-1 infection in 2016 – an estimated 3.7 billion people. Most of these infections were oral; however, between 122 million to 192 million people were estimated to have genital HSV-1 infection.

Genital herpes is a substantial health concern worldwide – beyond the potential pain and discomfort suffered by people living with the infection, the associated social consequences can have a profound effect on sexual and reproductive health” says Dr Ian Askew, Director of the Department of Sexual and Reproductive Health and Research at the World Health Organization (WHO). Herpes and HIV People with HSV-2 infection are at least three times more likely to become infected with HIV if exposed. Thus, HSV-2 likely plays a substantial role in the spread of HIV globally. Women are more susceptible to both HSV-2 and HIV. Women living in the Africa Region have the highest HSV-2 prevalence and exposure to HIV – putting them at the greatest risk of HIV infection.

Whenever a fever blister comes on, I simply use L Lysine. Or ascorbic acid. Or colloidal silver. Or a combination of the above and I am sure there are many antiviral herbs (e.g., lomatia) which are very effective as well.

Whenever I hear WHO, I think, 'vaccines'. Probably for a good reason,...

Vaccines, at least in the US are not safe. Look at 'CDC vaccine ingredients/excipients' and consider what's in them (formaldehyde, glutaraldehyde, aluminum, thimerosol, DNA from animals or human fetuses, and in many vaccines, if I remember Dr Mickovits correctly, murine retroviruses-not listed! but effective in causing AIDS when HIV is present etc).

Take into account that there have not been any scientifically valid trials (e.g., the manufacturers never use an inactive placebo, but they use as placebo all the stuff they have in the vaccine minus the antigen -- nice placebo, and if you were a scientist, good luck even publishing such research data based on such invalid, ridiculous study design).

There are alternatives. They work. They are safe. Let's use them instead of likely toxic unsafe vaccines which are prone to and shown to cause negative side effects.

Many thanks to the government issued polio vaccine tainted with SV-40.

All vaccines all over the world are not safe. India won't let " DR. DEATH " Bill Gates back into their country after many children died from the vaccinations. You won't here this on mainstream media will you?

well a Dr in New Zealand has a cure - I have his book at another residence, I did his cure as I had chicken pox when I was 5 - never had the other herpes virus - his is proven to work and eradicate the virus - he has does many repeatable tests with sufferers that prove the virus is gone from their bodies..most cures just remove it from
the bloodstream - his gets to the cellular level... in anycase it exists - so no worries form shingles or anything - easy to do a series of pills to take - his practise was interesting - he cured everything from vertigo to you name it - his name is Dr Ray Lala
good luck