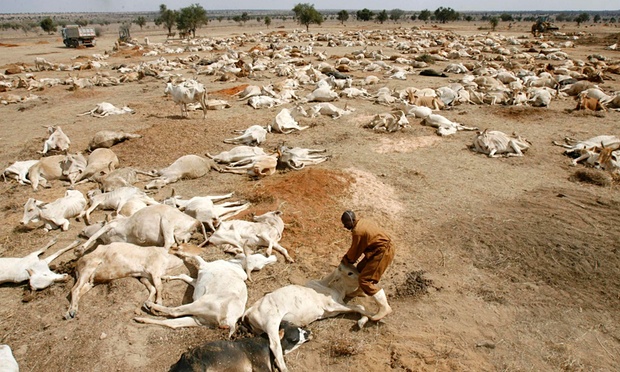 Photo The Zimbabwe Independent
Zimbabwe's dam levels have fallen to 42 percent following a devastating drought that has left millions in need of food aid and local councils rationing water, Vice President Emmerson Mnangagwa said on Friday.
An El Nino weather pattern, which ended in May, triggered drought conditions across the southern African region that hit the staple, maize, and other crops and dented economic growth.
Mnangagwa said the last time Zimbabwe experienced such a severe drought was in 1992, adding that the biggest dam in the south of the country was only 9 percent full.
The worst affected are people in the rural areas, where some boreholes and small dams have dried up, Mnangagwa said at the launch of an emergency drought response programme in Harare.
"In Zimbabwe, the drought has resulted in record low dam levels, with the national average dam level being 42 percent at a time of the year when it is usually 50 percent," Mnangagwa said.
"Ground water levels have also not been spared."
The two biggest cities, Harare and Bulawayo, last week started scheduled water cuts. 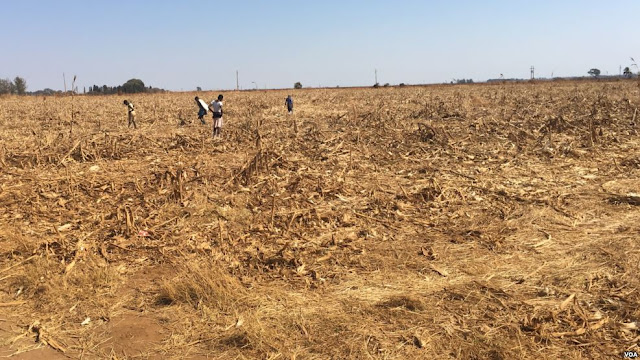 Photo VOA News
Zimbabwe is one of many countries feeling the strain of El Nino, which has dried up rainfall across southern Africa over the last year, killing crops, disrupting hydropower production and forcing local water authorities to enforce stringent water rationing in some areas.
When facing drought in the past, Dlomo would have moved his cattle to another neighbouring region with more rainfall.
But this time the drought is widespread, he said. “We cannot move our cattle anymore. There is no grass everywhere,” Dlomo said.

THOUSANDS DYING
Livestock experts say parched pastures are causing the deaths of thousands of cattle across the country.
Last year, the agriculture ministry’s livestock department estimated that the national cattle herd stood at 5,3 million animals, down from over 6 million in 2014.
In one district in Masvingo province last year, more than a thousand cattle died because of drought, according to the Ministry of Agriculture.
Last week, the meteorological services department announced that the country should not expect any rain in the coming month, putting a further strain on livestock farmers.
According to the agriculture ministry, Zimbabwe is experiencing its worst drought since one in 1991-1992 that killed more than one million cattle, reports the Zimbabwe Independent.