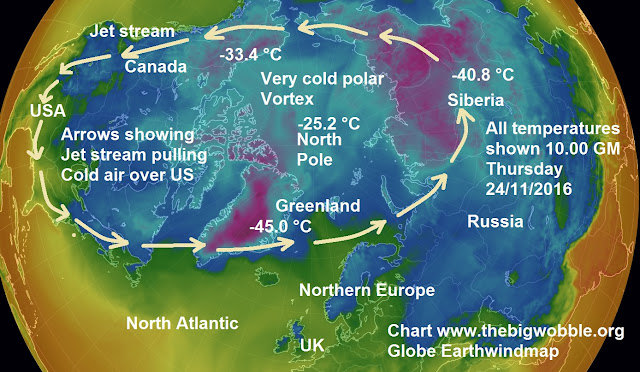 The very cruel cold of the polar vortex is set to return to the United States this winter dropping temperatures so cold parts of the US will be colder than Mars on occaisions. Experts claim a cold winter is imminent as snow cover in Siberia has reached its highest point for this time of year in decades, which according to MIT climatologist Judah Cohen, claims this year’s conditions are a ‘textbook situation,’ and would be a carbon copy of the last two winters in the US. It’s thought that more snow in northern Eurasia signals the frigid temperatures set to hit the regions above. And while the cold blast could strike anywhere among North America, Asia, or Europe, the expert warns the US may get hit harder than forecasters are expecting.
Siberia is near record cold for this time of year, and snow cover is at around the highest level for this time of year since at least 1998. 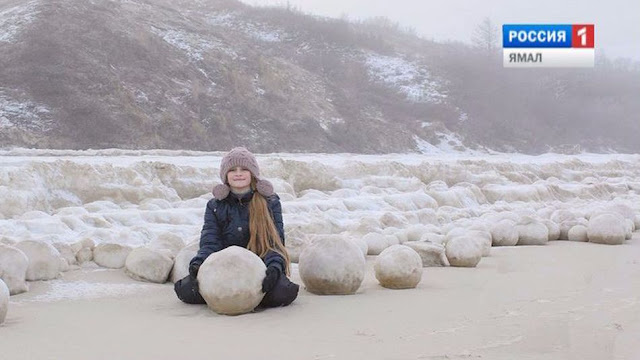 
This Siberian snowball fight requires some serious upper body strength, and a helmet. Giant frozen orbs recently appeared along an 11-mile stretch of Siberian coastline. The largest of the naturally formed snowballs measured nearly 3 feet across, according to Russian news reports. This frosty phenomenon is connected to ongoing weather events that could bring heavier snowfall in parts of North America and Western Europe this winter. These developments might lead to a snowy winter in parts of the U.S., particularly the Northeast and Mid-Atlantic, as well as in Western Europe. Some U.S. meteorologists use Siberian snow cover levels in October to forecast how key weather patterns will likely evolve downstream.