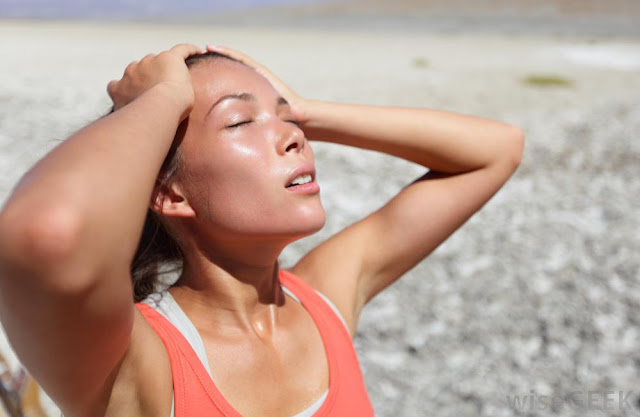 Photo www.wisegeek.com
Heat Emergency Plan will be activated today as DC temperatures set to hit 105F (41C) later in the week
The National Weather Service has issued a warning that the Heat Emergency Plan will be activated today, July 6, at 1 p.m. as the heat index is expected to reach 96 degrees later this week, according to a statement.
That means D.C. Fire and Emergency Medical Services Department and D.C. Water are urging those in the city to stay out of the heat while avoiding unauthorized use of fire hydrants, which can hamper firefighting and cause injury as well as flood streets and lower water pressure.
The forecast for Wednesday calls for scattered showers and thunderstorms primarily after 5 p.m, and a high near 92 during the day with relatively calm winds of about 5 mph.
The heat will continue to climb later this week, reaching its peak on Friday, the NWS reports.
It will also be dangerously high on Saturday and will be near 100 degrees both afternoons, with peak heat index values in the 100-105 degree range.
"Residents and visitors in the District can keep cool by staying in shade or air conditioning and drinking plenty of water," the statement adds.
"When the temperature or heat index reaches 95, residents are encouraged to take extra precautions against the heat.
If they do not live in an air-conditioned building, they may take refuge at a District recreation facility, senior center or other air-conditioned building.