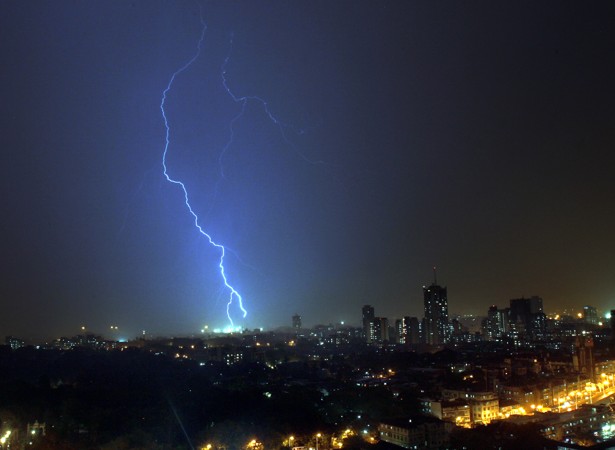 At least 79 people have been killed and more than 20 injured by lightning strikes in the Indian states of Bihar, Jharkhand and Madhya Pradesh reports the BBC.
Fifty-three people died in Bihar, 10 people were killed in neighbouring Jharkhand and at least 16 died in Madhya Pradesh, officials say.
Most of the people who died were working on farms during torrential rains on Tuesday, reports said. Lightning strikes are common in India during heavy monsoon rains.
In the north-east state of Bihar, the deaths occurred in Nalanda, Aurangabad, Rohtas, Purnea, Munger, Gaya, Saharsa, Bhagalpur, Banka and Kaimur.
One man taken to hospital in Rohtas said: "When it was raining we immediately took shelter.
It [lightning] hit us there, and then we fell unconscious.
"We could not understand what had happened.
Then in the middle, when I regained consciousness, I realised that I had been hit by something."
Earlier this month more than a hundred people were killed by lightning strikes in Bangladesh, Sri Lanka and India
At least 2,000 people have died in lightning strikes in India every year since 2005, according to the National Crime Records Bureau.
India receives 80% of its annual rainfall during the monsoon season, which runs between June and September.

Another 51 people struck by lightning in Germany bringing total to over 100 this week in Europe
at June 22, 2016