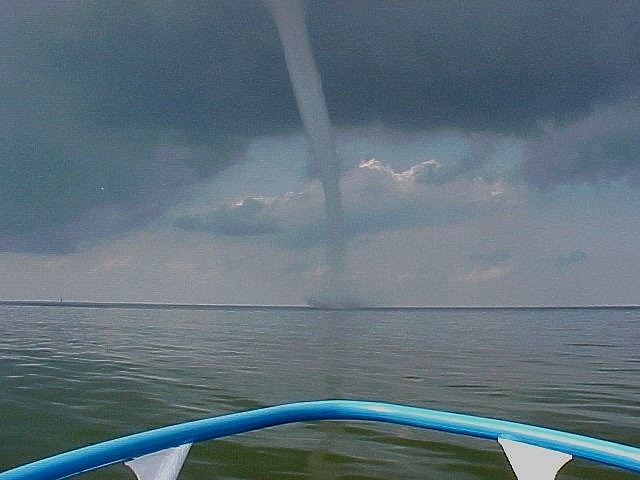 File Photo
A severe storm that created several waterspouts roared onshore at a popular beach south of the Cuban capital over the weekend, injuring 38 people and damaging dozens of buildings, the island's official media reported Monday.
The waterspouts happened with little warning Saturday evening at Caimito beach, on the southern side of the island in Mayabeque province.
Local resident Jorge Luis Martinez told government-run website Cubadebate that the waves quickly grew to about 16 feet (5 meters) high, the sky turned dark and the damage was done "in less than a minute."
Communist Party newspaper Granma said more than 30 homes and state-operated structures including shops, restaurants and health facilities were damaged or destroyed.
It added that none of the injuries were life-threatening.
A waterspout is a sort of tornado that forms over water.
Cubadebate said there was no record of one hitting the area before.

Irregular weather in Cuba: A challenge

Drought
Two simultaneous meteorological events have been impacting Cuban weather since 2015 to date. Fourth driest period since 1961 registered in western Cuba
The drought which has been affecting Cuba since 2014 has had an significant impact on the country’s water resources, agriculture and other economic activities.
However, the start of the rainy season now begs the question whether this marks an end to the country’s dry spell.

Heat records tumble
We can tell you about how temperatures have behaved during 2015.
That year we saw the highest average temperature recorded from 1951 to date.
This was due to global warming and was also influenced by the El Niño Southern Oscillation.
Said high also caused above-average temperatures around the rest of the country for almost all of 2015, mainly during the summer months in the west of the island.
Record highs were registered by the majority of the Meteorological Institute’s weather stations, especially in April 2015, when 28 new maximum temperatures were recorded.
Granma