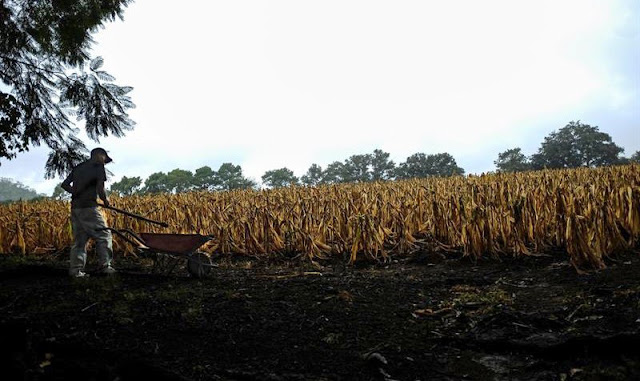 Photo eyeonlatinamerica.com
Thousands of people in southern Guatemala are suffering from a prolonged drought after years of below-average rainfall.
The drought has now resulted in hundreds of thousands of people being left hungry.
The situation is particularly bad in the "dry corridor", a region in the south of the country which extends into neighbouring Nicaragua, El Salvador and Honduras.
Guatemala normally expects plentiful rains between May and October - but the dry corridor endures a highly variable climate.
The current drought issues started in 2012 when the rains were erratic and vastly below average. Since then, the traditional vegetable crops, such as corn, have not grown properly due to the lack of water.
In the areas of Jalapa, Chiquimula and Santa Rosa, children suffering from severe malnutrition - whose symptoms include dangerously low weight, dehydrated skin and hair loss - have been admitted to hospital. 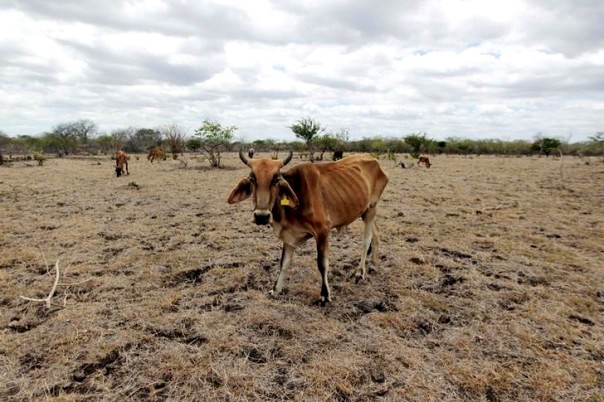 Photo eyeonlatinamerica.com
It is estimated that approximately 2.8 million people are effected by the drought, with 900,000 at risk of malnutrition and in need of immediate support.
Despite the desperate situation, neither the government nor international aid agencies have sufficient resources to support those in need, amid estimations that only about half of them are receiving support.
Diego Recalde, a representative of the UN Food and Agriculture Organization in Guatemala, warned that food support wounld only provide a temporary solution.
He said that it was important to think about long-term approaches that would improve the soil and ensure the conservation of watershed and water supply.
Deforestation, coupled with torrential downpours from tropical weather such as hurricanes, has allowed vast amounts of precious top soil to be washed away, and reduced the ability of the land to capture water.
Without this being addressed, the crops that have been growing for decades will continue to fail - even if the rains return.

Another 51 people struck by lightning in Germany bringing total to over 100 this week in Europe
at June 29, 2016