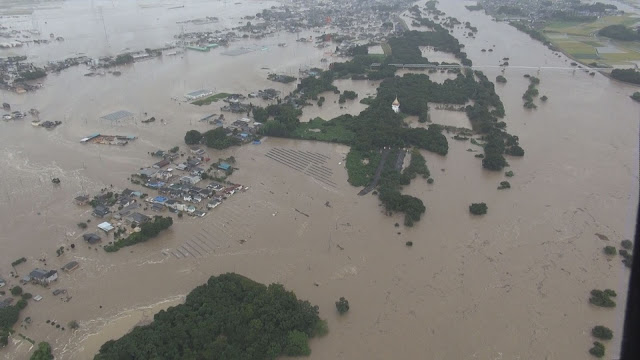 At least three people have died and three are missing after landslides and floods hit an area of Japan that was recently battered by major earthquakes, officials said Tuesday.
Rescue workers are searching for three people in southern Kumamoto prefecture, where nearly 2,000 residents were already forced to evacuate their homes after two huge earthquakes in April.
The 6.2-magnitude and 7.0-magnitude tremors were followed by more than 1,700 aftershocks, which broke up the ground in many areas, officials said.
Several days of torrential rain have subsequently triggered widespread landslides and flooding, officials added.
A 92-year-old man died after a landslide hit his house in Kamiamakusa city, a local disaster management official said on condition of anonymity.
A 79-year-old man drowned in a flooded ditch in the town of Kosa, they added.
The local government said in a statement that a third person had died, but did not provide details. According to media reports, the victim was a 66-year-old man whose house was hit by a landslide in Uto city. 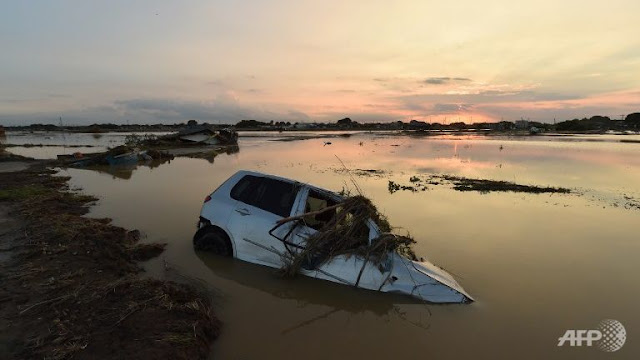 Photo www.channelnewsasia.com
Public broadcaster NHK also reported a fourth possible victim, a woman who was taken to a hospital Tuesday morning and was pronounced dead.
The central government, which is supporting post-quake rebuilding efforts in Kumamoto, has beefed up its crisis management department.
"We will take thorough measures to deal with this," Chief Cabinet Secretary Yoshihide Suga said. The Japan Meteorological Agency has issued heavy rain and thunderstorm warnings for Kumamoto and surrounding areas on Kyushu Island.
The massive tremors that hit the region in mid-April left 49 dead and caused widespread damage.