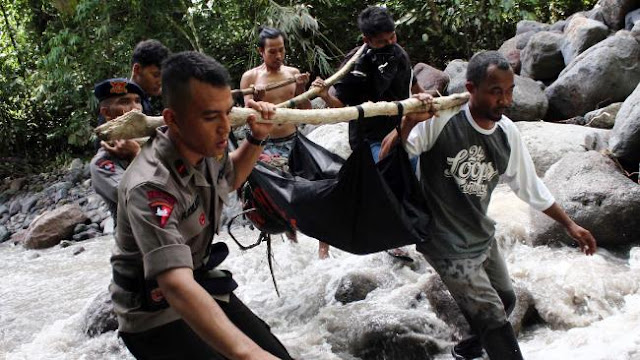 Photo www.news.com.au
The death toll from a series of flash floods and landslides that occurred in 16 districts in Central Java over the weekend has risen to 46, local Disaster Mitigation Agency (BNPD) said on Sunday afternoon (19/06).
Purworejo BNPD Head Budhi Hardjono said the highest number of fatalities was recorded in Purworejo with 29 people confirmed dead - buried in landslides - and 17 in neighboring district Banjarnegara. Dozens of people are still reported missing. 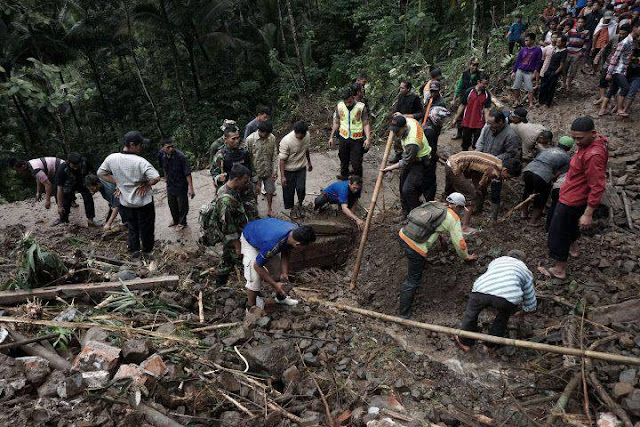 Photo globalnews.ca
Indonesia's Search and Rescue Agency said the team is still searching for six missing in Banjarnegara and 11 in Purworejo.
Thousands of residents have been evacuated to safer areas after torrential rains caused flash floods and landslides that damaged many homes and infrastructures.
The rescue team has been joined by members of the the military and the police as well as volunteers to find those still missing.