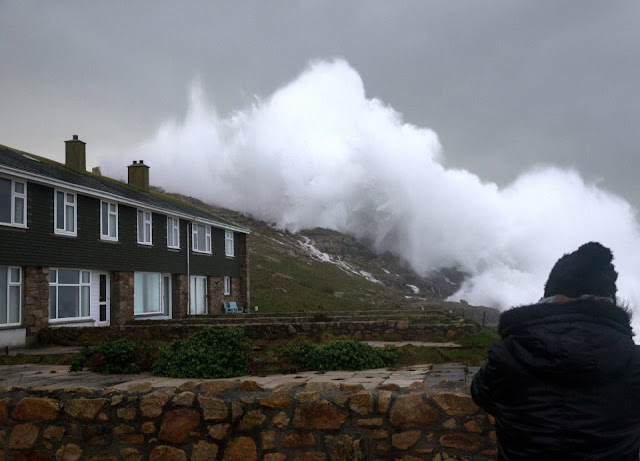 Photo The Sun
The first named storm of winter - Storm Angus - is battering the south coast of England, with winds of up to 80mph forecast to sweep through some areas.
The Met Office said gusts had reached 68mph at Berry Head, Devon, and two inches of rain has fallen in Exeter.
There are more than 20 flood warnings, mainly in the south west, including one severe warning in Devon.
The Isle of Wight, Kent and Sussex are set to see the strongest winds, with an amber warning in place until 11:00 GMT. 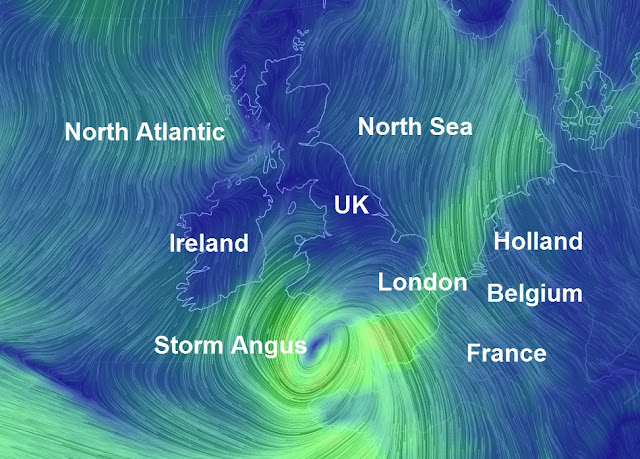 Earthwindmap
The Met Office said gusts of 70-80mph are possible and residents are warned to be prepared for possible disruption to travel services and power supplies, and some damage to buildings.
A yellow "be aware" warning for winds of up to 65mph and heavy rain has also been issued for a larger area of south and east England, including London, and is valid until 14:00 GMT.
There are also flood warnings in place for south-east England and south Wales.
The severe flood warning in Devon covers the River Mole from South Molton to Newnham Bridge. The Environment Agency said heavier rain then expected had passed through the area since 17:00 GMT on Saturday and there was a threat to life due to very deep and fast-flowing water.
Met Office forecaster Simon Partridge said: "It is the first storm of the season, coming quite late at this time in November.
"This will be a bit of a shock to the system for most people in terms of wind and rainfall.
Any weak branches are likely to come down in the first storm."
Storm Angus reached the south-west of England at about 20:00 GMT on Saturday, and is moving across the coast and up to East Anglia.
Wightlink ferries said two late-night sailings on its Portsmouth-Fishbourne route had been cancelled because of "exceptionally" high winds. 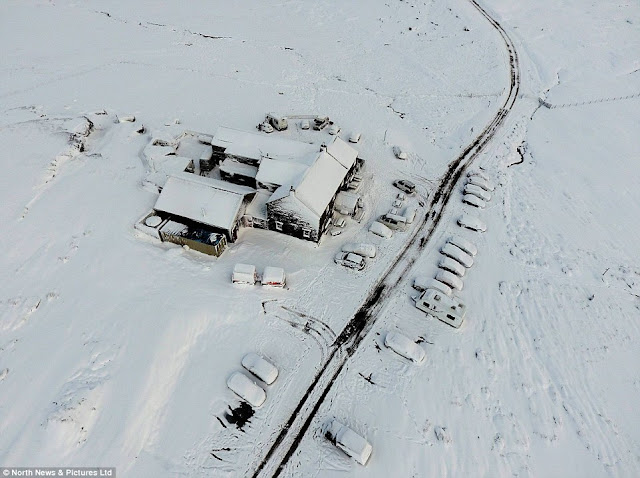 Photo Daily Mail
Rail company Southern has put speed restrictions in place until 09:00 on Sunday.
Southeastern said it was also putting speed restrictions in place and that most trains before 10:00 on Sunday would not run, so that Network Rail can check tracks for possible debris.
South West Trains said it had imposed speed restrictions in a number of areas and a small number of early morning services have already been cancelled to allow officials to check the lines for any trees or obstructions.
The storm's effects have also been felt in the Channel Islands, with a wind gust of 84mph recorded in Guernsey.
Police in Jersey said several roads had been blocked by fallen trees and one road had been blocked by a wall collapse.
Mr Partridge said the storm was expected to move off quickly into the North Sea at about midday on Sunday, leaving the rest of the day dry with sunny spells.
Northern areas can expect more cold weather, with fairly light winds and clear skies.
High ground in the Pennines, Peak District and the Yorkshire Dales saw a covering of snow on Saturday, with light snowfall in some lower ground in West Yorkshire.