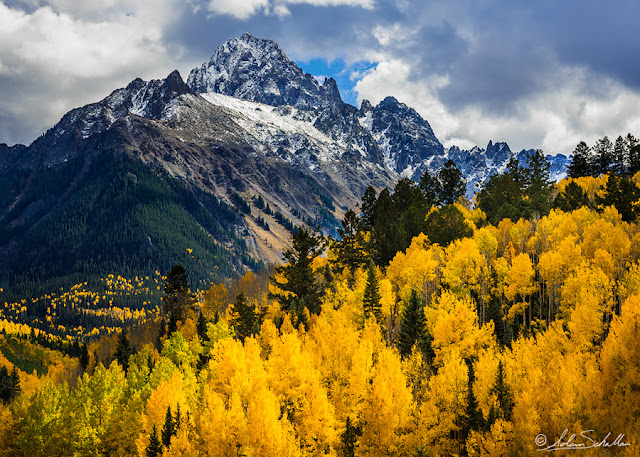 Photo Adam Schallau
It might be just another fall on the Front Range Colorado, but temperatures have remained far above average.
According to Loveland weather spotter Chris Knoetgen, the average high temperature in October was 74 degrees - 9.4 degrees above the average high temperature for the month.
Following suit, the average low temperature for October was 35.7 degrees compared with an average of 31.9 degrees - and the month's overall average temperature fell at 54.9 degrees, 6.6 degrees above average.
"Denver had a pretty warm month also," Knoetgen wrote in an email.
"They came in as the fourth warmest October since records began. "
Johnstown resident Bill Kardoes was out fishing at Pinewood Reservoir on Monday morning.
He said regardless of temperature, he tries to go fishing every day.
"I've been fishing for 80 years now.
I was born on a river," he said. "... I go fishing every day if I can, beats the hell out of sitting in a chair."
Knoetgen stated Loveland has had 11.98 inches of precipitation this year.
"It is going to have to be a very wet two months to get us up to the average of 15.61 (inches)," Knoetgen wrote.
"It just doesn't look good right now ..." Tuesday's forecast calls for sunny, with a light breeze and a high near 65 degrees.
Temperatures will dip down to around 37 degrees Tuesday night.
Wednesday should be sunny with a high around 73 degrees. So, as it seems, Kardoes will have at least one more week of warm temperatures and sunny skies to compliment his fishing trips.
"If I catch four fish then I have four fish for dinner - if I don't, my wife cooks something else," Kardoes said. "... My motto is I go fishing, I don't go catching."