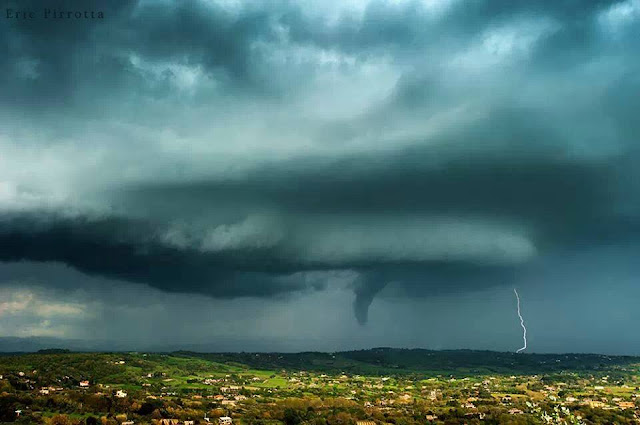 Photo Centro Meteo Italiano
A tornado has struck near Rome, Italy, with local media reporting two deaths.
A a 25-year-old man was killed in the city of Ladispoli, a coastal town north of the capital, when a cornice fell from a building and struck him on the head, reported Corriere della Sera.
The tornado that struck about 6pm (local time) also claimed the life of a 74-year-old man in Cesano, near Lake Bracciano. 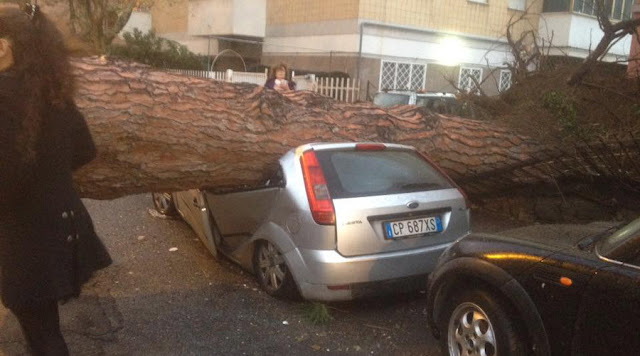 Photo @ Andrei Vasile / Facebook
The Italian news agency reports the man was crushed by a tree.
Powerful storms have left branches strewn across roads and flooding in some areas, and a street in Rome was partially closed due to large branches blocking it, RT.com reported.
Italians have been sharing images of the aftermath on social media.
Weather reports say severe storms are expected, with a tornado risk in Central Italy.
On Thursday, a 'waterspout' or tornado of water was spotted off the coast of Positano in Italy.
xx

If there is one thing I hate the most is the aftermath of a natural disaster. I had to go through your post to see for myself what a tornado can do, and believe you me it’s worse than I had expected. And so it is important to learn tornado survival skills. I found reliable tornado info and survival skills here: http://survival-mastery.com/basics/signs-of-a-tornado.html