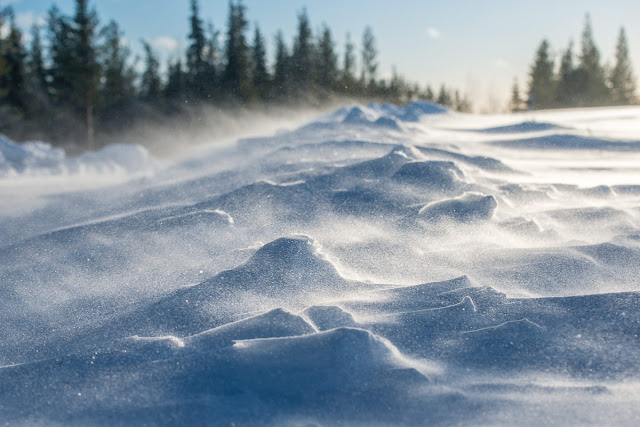 Photo Way up north
A snowstorm will wallop parts of Southern Finland on Monday, forecasts Joanna Rinne, a meteorologist at Foreca.
"More snow will fall along the southern coast starting tomorrow.
With the winds also set to pick up, you can talk about a proper snowstorm.
The heaviest snowfall will stay on the side of Sweden and the Gulf of Finland, but snow will definitely also fall along our southern coast," she writes in a blog for the private forecasting company. The forecast, she says, is that more than ten centimetres of snow will fall in the area between the capital region and Porvoo.
Other areas along the southern coast should expect snowfall of approximately five centimetres.
Rinne also reminds that the gusty winds, which may reach storm force in the Gulf of Finland, will affect road conditions in some parts of the region.
"Blowing snow and bad visibility are to be expected," she writes.
"The conditions will persist for a couple of days, so motorists should prepare for hazardous road conditions and longer-than-average drive times.
We had a few fender benders today, so please make sure that none happen in the days to come."
The snowstorm has already resulted in the cancellation of rail services along the eastern coast of Sweden.
"We have halted rail services between Linkoping and Kalmar and between Linkoping and Vastervik," Katarina Wolffram, an on-duty officer at the Swedish Transport Agency, says to Svenska Dagbladet. The blizzard has also left thousands of households without power after hitting the region on Sunday, according to the daily newspaper.
A powerful storm that was bearing down on Norway's Arctic archipelago of Svalbard prompted local officials to close several roads on Monday and evacuate residents where there was danger of landslides.
"We've had some thorough discussions with the meteorological institute and NVE (Norway's state agency in charge of waterways)," district governor and sheriff Kjerstin Askholt told state broadcaster NRK.
"Based on that, we decided to close off various areas and roads and order some evacuations."
Those affected were told to be out of their homes by 3pm Monday, when the worst of the storm was expected to hit with strong wind and heavy rain.
Askholt said there may be additional evacuation orders issued.
State meteorologists warned that as much as 50 millimeters of rain may pour down on Longyearbyen, with up to 100 millemeters in mountainous areas.
The entire group of islands making up Svalbard was in a state of emergency, as the severe storm moved in from the southwest.
"This is an unusually large among of precipitation for Svalbard," Askholt said.
"Combined with the winds, this is weather we're not accustomed to up here, so we don't really know how it will play out.
NVE, however, was very clear that it could result in landslides and flooding."
Askholt said the storm was creating "a serious situation, but when we take these measures, we're trying to avoid this becoming dramatic."
Unusually mild weather in October also led to a lot of rain in an otherwise relatively dry area, and it set off several landslides around Longyearbyen, which is the largest settlement on Svalbard.
On Monday, the temperature on Svalbard was above freezing at +4C, compared to subzero temperatures much farther to the south, in Oslo, for example.
Local newspaper Svalbardposten reported that Longyearbyen's airport, however, remained open Monday with airline traffic and postal flights running as usual.
Local flights around Svalbard, however, were cancelled because of wind and turbulence.

Thank's god I've sold any of my properties in Scandinavia. I think this kind of weather will be more frequent in Sweden, because of climate change. Now I moved to the Baltics. My company offered my a vacancy in Vilnius, and the real estate prices are really low. I've checked local listings with houses for sell (parduodami namai), looks like there is a lot of good options to relocate to Vilnius permanently :)