So what caused our sun to go ballistic on Christmas 1957: Was it the modern-day version of the tower of babel: We will never know but was Xmas 1957 the beginning of our planet's demise 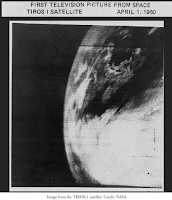 Sixty years ago, on April 1, 1960, the National Aeronautics and Space Administration (NASA) launched TIROS-1, the world’s first successful meteorological satellite. It was a great success for the fledgeling NASA which had been formed on July the 29th after the former Soviet Union launched Sputnik 1, the first artificial satellite to be successfully placed in orbit around Earth on October 4, 1957, which, resulted in the space race between the USA and the Soviet Union. That is the official story, however, the true story is shrouded in intrigue and mystery.
Two months after Sputnik 1 was launched an event on our Sun occurred which left the science community at the time very worried. The USSR launched Sputnik 1, their first artificial satellite in space on October 1957, followed by Explorer 1, on January 31, 1958, the first satellite launched by the United States. However, a month earlier, something happened on our Sun on the 24th and 25th of December 1957 which defies logic, defies physics and science to this day, our Sun went crazily ballistic.
As Passover approaches...The Plagues of Egypt and the Pale Horse ride together: We are in the end times, it's a 'no brainer.' But the big question is how far are we into the great scheme of things? 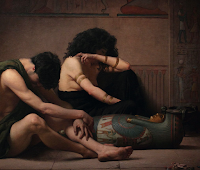 Passover in the news
The Coronavirus outbreak has thrown a wrench into the economy of the world, bringing. The locust plagues are destroying crops and economies of the worlds poorest nations The African Swine Flu outbreak (“There just isn’t enough pork in the world to fill the gap.”) Aussie bushfire outbreak ( An incredible 66% decrease in summer crop production down to 878,000 tonnes.) Storm Ellen was the 4th "Once In A Life Time Storm" to hit Ireland and the UK in less than two months in February costing billions to the insurance companies. Avian Flu, a new Europe outbreak cost the lives of a quarter of a million birds dead or culled in the first 2 weeks of 2020.
In the Book of Exodus, God helped the Israelites escape from slavery in ancient Egypt by inflicting ten plagues upon the Egyptians before the Pharaoh would release the Israelite slaves.
Signs and wonders! Christ the Redeemer, the famous Rio de Janeiro statue shows up on the Farallon Islands off the coast of San Francisco 7,000 miles from Rio (Video) 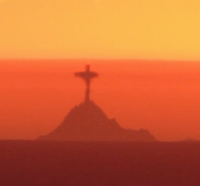 A photographer captured an incredible video of the famous Brazilian statue, Christ the Redeemer this week. Why was it incredible?

Mila, who captured the video was 7,000 miles away from Rio, filming off the coast of San Francisco. "This is actually the Farallon Islands lighthouse west of San Francisco," says Mila. "It was shape-shifted by the Fata Morgana."

Weather changes constantly, scientists tell us our climate changes in repeated cycles and these changes can provide big changes for people living on earth. There is no doubt, our climate is changing, it's getting warmer, it's also getting colder and wetter in many places and dryer in others but is it man causing climate change or is it something else?
According to izzit.org, around 200 BC and 600 AD, there was Roman warming. Around AD 440 and 900, Dark Ages cooling. Around 900 to 1300, we had Medieval warming. Followed by "The Little Ice-Age," 1300 to 1850, phases 1 and 2. Around 1850 to present is the modern warming, which by the way, many scientists claim the 1930s were hotter than now. (This period is what many people are calling global warming).
Book of Ezekiel one of the major prophetic books in the Old Testament has Israelis claiming prophecy is fulfilled after floodwater appears to flow eastwards from Jerusalem 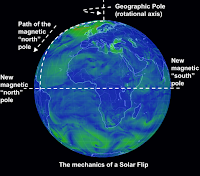 I have often wondered when reading the Bible about a great earthquake which is prophesied to come before the Great Day Of The Lord. The earthquake is so great it will move every mountain and every island from its place. Our sun will become as black as sackcloth, the moon will turn blood red and the stars of the heavens will fall to earth and the heaven will depart as a scroll being rolled up. The Kings of the earth, high officials, military commanders and everyone else to hide in caves, saying to the mountains and to the rocks.
This earthquake is mentioned many times in the Bible and I always pondered on the size of such an earthquake, what force could produce something like this? What force could move every mountain and every island on our planet?
Part 4 conclusion: 1914 the beginning of pangs of distress with dates derived from Bible prophecy will end sometime between 2040-2064

Quite a few influential people claimed the world changed forever in the year 1914.
One of my favourite writers, George Orwell wrote in his book Coming Up For Air: "People living up to 1914 had something never prevalent again, ever, after 1914."
He also wrote, "before 1914 people didn't think of the future as something to be terrified of like we do now, and life was not softer then, on the contrary, life was much harsher."
"Yes, people, on the whole, worked much harder, more people were living in poverty but life was much better somehow."
Part 3: The great Jewish prophet Elijah's 7,000-year prophecy points toward Armageddon beginning around 2040

Elijah, the Jewish Prophet
Elijah who is thought to be the greatest of all Jewish prophets and he formed a "school of prophets."  The great prophet Elijah taught the world was to exist for 7,000 years and it is thought, Elijah took this information from the Ancient Book Of Enoch which teaches the same prophecy.
The 7,000-year prophecy
The history of mankind will last for 7,000 but according to the Bible, 1,000 of them years will come after Armageddon, when Jesus will rule Heaven and Earth, after which Satan will be allowed to roam Earth once more to test mankind for a short period before he is destroyed forever.
Part two: "The beginning of the pangs of distress" begun in 1914 and will finish around 2064 according to Bible prophecy and the Ancient Book Of Enoch

The Ancient Book of Enoch may predate the Old Testament by an incredible 1,000 years.
The book is an ancient Jewish religious work, ascribed by tradition to Enoch, the great-grandfather of Noah and copies of his book were found in the dead sea scrolls. According to Ken Johnson,  most Christian denominations and traditions may accept the Books of Enoch as having some historical or theological interest, but they generally regard the Books of Enoch as noncanonical or noninspired religious work, however, part of Enoch's book is mentioned in detail in the penultimate book of the Bible, The Epistle Of Jude, a servant of Jesus, which would, therefore, give rise to the authenticity of Enoch's book.
Part 1, What if the Tunguska event The Four Horses Of The Apocalypse and Daniel's prophecy all link to 1914 (They do you know, well almost) 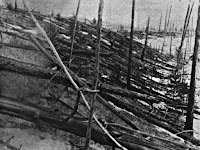 If the devil was thrown down to Earth after a war in heaven as is claimed in Revelation, 12:9, there must be evidence here on Earth, the devil would surely not come here unannounced and if he was thrown down here, he must have caused some fireworks wouldn't you think?
And more importantly, does the devil's arrival here on Earth and the release of the four horsemen match up with the prophecy of Daniel? Daniel, reveals information that would make it possible to pinpoint the time when Jesus would begin His kingdom in heaven. If we could match all these three up, we would know just where we are in the history of Christianity and how close we really are to the return of Jesus?