What is waiting for the US and UK in Bible prophecy? Ezekiel was commissioned by God to watch over them and they were blessed with power and glory but in the last days it is very clear to see the once mighty and powerful countries are just observers of the plunder coming before the day of Jehovah! 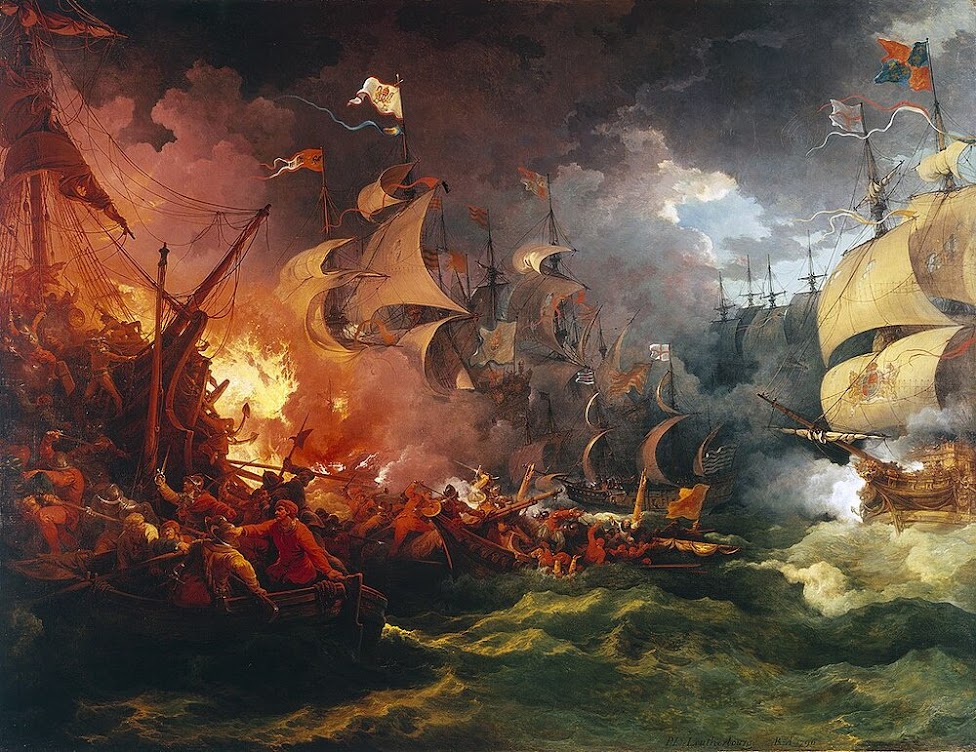 What is really happening in the US this year, is there a reason behind the insanity? Is there a way of knowing where the country is going and how the insanity will end? A pamphlet written by Herbert W Armstrong many years ago appears to have the answer. After an incredible journey of wealth and power, promised by God more than 4,000 years ago Tarshish and her young lions, England, America, Canada Australia and New Zealand will simply look on as the mighty Gog threatens to destroy their ally and friend Israel in the last days

The United States and Great Britain in Prophecy

To find out the answer we have to go back around 4,000 years to when a man called Jacob was born, who later was given the name Israel and is regarded as a Patriarch of the Israelites and so is an important figure in Abrahamic religions, such as Judaism, Christianity, and Islam. Jacob first appears in the Book of Genesis, the son of Isaac and Rebecca, the grandson of Abraham, Sarah and Bethuel, the nephew of Ishmael. Jacob is said to have had twelve sons by four women, his wives, Leah and Rachel, and his concubines, Bilhah and Zilpah, who were, in order of their birth, Reuben, Simeon, Levi, Judah, Dan, Naphtali, Gad, Asher, Issachar, Zebulun, Joseph, and Benjamin, all of whom became the heads of their own family groups, later known as the Twelve Tribes of Israel. More here

When the Jews entered the Promised Land, the12 tribes settled in a different region and eventually the tribes split into two kingdoms. The southern kingdom was called Judah and consisted of two tribes, Judah and Benjamin. The remaining 10 tribes formed the northern kingdom and were called Israel.

In 721 BC, the Assyrians conquered Israel, the northern kingdom and deported the Israelites to an area north of the Euphrates River between the Black and Caspian Seas. (2 Kings 17). The Ten tribes who were deported never returned to the northern nation of Israel after their captivity.

The Lost Ten Tribes Of Israel

According to Mr Armstrong, The knowledge and identity of the descendants of ancient Israel are revealed by a close examination of scripture and secular history. Are the ten lost tribes of Israel linked to the UK, US, Canada, Australia and New Zealand? Ezekial was commissioned by God to be "the watchman" for the house of Israel. (Ezekial 2:3; 33:7). However, Ezekiel's commission was not to be the watchman of his own people and his generation, which was the house of Judah, the southern kingdom or the northern ten tribes of Israel which had been conquered by the Assyrians 120 years earlier, no Ezekiel's commission was not for Israel of his day but for the ten lost tribes of the north and their future.

God wanted Ezekiel to sound the alarm, to warn the lost tribes of future calamities which would take over them and they would be unaware of their fate. Jehovah takes no pleasure in the death of the wicked, no he wanted to warn them, giving them the responsibility of their own fate, (Ezekiel 33: 9-16). Ezekiel's warning was for end-time Israel. (Ezekiel 4: 3). In fact, we are told that the warnings were for the time near the Day Of The Lord. (Ezekiel 7:19;13:5; 30:1-3; 38: 1-29).

Tarshish and the young lions

Great article Gary,
Why happened to you . Did you fall and hit your head, because all of a sudden your deep into the old testament. I love it. Two things I'd like to mention to you that may help you a lot is, get yourself a hebrew tanach bible the stone edition. The 7x10 inch. It's still in the original text, no words have been added or taken out, as compared to the authorized king james version which has over 5200 altercations. Whenever a king or a politician or pastor authorizes anything it should send up red flags everywhere. Another site that may help you is " Godssecrets.wordpress.com " thousands of sites on this from the bible to underground bases. I'm going to keep this short. I've said this before, in a article a few months ago, we are all going into captivity we are in the early stages of it right now, it's going to get worse. The corona virus has made this a reality. It is God ordained, Did you notice how quickly the whole world went into captivity. Viruses don't spread that quick. God say's I will bring you in from "your captivity " from the east, west, north and south Isa. 43:5-6. Jer. 30 : 1-3. Jer 33: 7. He will bring us (both houses ) the house of judah and the house of Israel to the promised land ezek. 37. 15-28. Don't let people fool you when they say that both houses are jews because their not. There are only fourteen million jews world wide. God promised Abraham's offspring will be as numerous as the sands of the sea's ( billions) Hosea 2 vs 1. Also, God promised Abraham that his offspring would inherit the gates of her enemies. ( strategic ports ) Gen. 22: 17 Gen 24: 60 The Americans have Hawaii, Panama ( did have until they gave it away) Diago Garcia. The Brits have the falklands islands, Hong Kong ( did have) Suez canal ( did have ) and a few more. As far as I know, the Jews don't have any strategic Ports. What I'm not looking forward to is all the stuff that's going to happen shortly, because 2/3 's of us are going to parish. Zechariah 13:8 Also the 1/3 that remains God will separate the bitchers and complainers and they will not enter the promised land. So, it's going to be a rough ride for most of us, that is myself included. Keep praying that God will protect you. God is beneficent ,a stronghold on the day of distress, and mindful of those who take refuge in him. Nahum 1:7 ( Hebrew Tanach )

Thanks, Bob, I will check them out.

If you want to study some credible information on the end times go to www.gracethrufaith.com

I did not see this human craziness coming, people are sick w/ hate, I knew this next year would be tragic b/c we are at the end of the Church age/Age of Grace, which means that believing Jesus Christ is the son of God & was resurrected on the third day is coming to an end in order to reach salvation. Jesus was a supernatural being from ancient times, he became human and died as a human on the cross, shedding his blood to forgive us of all our sins, so that we have a chance to be saved by accepting Jesus Christ as our savior/redeemer/messiah. Amen. God bless us all.

Anonymous,
I'm not promoting Herbert Armstrong or anything else. Just read the bible. And as far as false prophets in christianity are concerned, you don't have to look to far.