In a world connected by social media, depression, loneliness and suicide are at record-breaking levels: Western ideals have increased to a point where our very lifestyle is causing us spiritual, mental and physical pain.Our breakneck lifestyles inflict physical injury and disease and produce hopelessness. 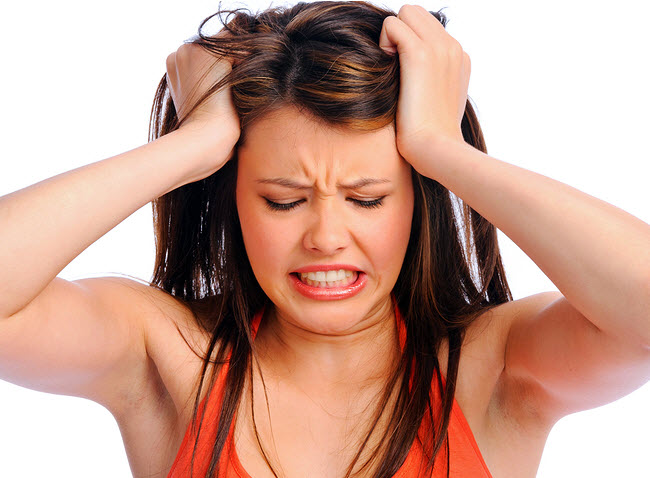 At the risk of sounding sanctimonious, our Western ideals have increased to a point where our very lifestyle is causing us spiritual, mental and physical pain. The very idea of modern Western culture brings us pain, punishes us and causes remorse. Our breakneck lifestyles inflict physical injury and disease and produce frustration and hopelessness. In a world connected by social media, depression, loneliness and suicide are at record-breaking levels.

We are indeed fighting a spiritual war and most of the world is unaware they are being played. Millions of people in the West have been deceived, maybe all of us, I don't know but, for sure, people are unaware of that deception because they are unaware or underestimate satan and his demons.

Dark forces are at work and infecting people with hate on an unprecedented level. Violence, hatred and ugliness are spewing forth from people who have been dumbed down for years, a silent pent up anger has been boiling up inside people and Covid-19 has brought that anger to the surface. Western society is blowing itself up. We are not fighting flesh and blood but evil in high places, we are all being played by the devil and most people don't realise.

Since the Covid virus was announced on New Year's Eve, 2019 the world has quickly spiralled into a Hollywood Esque zombie movie filled with anarchy, hate, spite, ugliness and violence which has exploded into unprecedented levels leaving the US on the verge of another civil war and the world on the brink of WWIII. Just ten minutes on your Facebook timeline or Twitter will shock you into believing the world has actually lost its mind. Evil is out there and it appears to be mutating at a similar speed as the Covid-19 virus infecting people with hate and anger.

Where does this hate come from? Most Westerners are living in the 21st century with suppressed immune systems brought on by their own desires. Obesity, diets rich in fat and sugar, processed foods, smoking, alcohol and drug consumption, medications, pollution, exposure to pesticides or industrial chemicals and radiofrequency radiation, sex and violence are pushed into our faces at every turn, we are being consumed by modern life. Our cells, proteins, and DNA are being damaged by our Western lifestyle, which is contributing to ageing and also play's a role in the development of a range of health conditions, including diabetes, cancer, and neurodegenerative diseases such as Alzheimer’s. In other words, we are killing ourselves.

Our governments are also damaged by our Western lifestyle. We cannot fix a spiritual problem with politics, it's rather like trying to put a fire out with a bucket of petrol.  Worse still, they are falling over themselves to make sure our dumbed-down Western lifestyle remains intact. You would be correct if you were to think the world is going mad because it is, figuratively and literally and we may not come back from this.

In olden days people put on sack cloth and covered them selves with ashes to show they were repentant for their sins. These forest fires have provided the ashes now all we have to do is to put on the sack cloth. Until then there's no hope for the world but we as individuals can repent and turn to Jesus by asking His forgiveness and accepting Him as your savour.

Agreed. But how did this happen? How did this come to be? Genuine question.

This is my take on it Nonsense; https://www.thebigwobble.org/2020/09/connecting-dots-swinging-60s-and-the.html

Well written Gary. The world is going mad as planned by Satan and his Globalist demons. The social isolation and division in the USA is having profound effects on our society and other societies around the world. This upside down shit show we Americans are enduring is just getting started. Wait until they try and start to force unsafe, toxic Covid-19 vaccines with the mark of the beast onto the population. All hell will be unleashed from gun owning patriots. The end of this year is going to be ugly and next year will be worse. Not just in the USA, but all around the world as you know. Now is the time to finish preparing for the up coming food shortages. Famine will be our new future if we do not properly prepare. Team Humanity needs to keep organizing in constructive, God inspired activities to over come the evil and tyranny that besiege us and our planet. God Bless Us All!

I understand that Jews are not an ethnic race nor nation. It is clear that these people, as a whole, in ancient times were merely nomads and vagabonds. Look at the counterfeit and confederated humanity that is the Israel of 1948.
Classically, they are world wanderers. Why do Christians continually harp upon a false ideological perception that is based upon ignorance, I am not speaking of those who were mongols coming out of Asia and settling around the Black Sea and Caspian seas. It seems that Satan and his gang is pulling a fast one on the origin of invaders who nestled down with the overthrow of Russia in 1917.This gang are not the ones that Christ dealt with, for them or their descendants have never originally sat foot within the Holy land.

AnonymousAugust 30, 2015
I couldn't agree more. I am a teenage girl who recently graduated high school and have decided not to go to university. I have always despised school. The fact that you don't learn anything is bad enough without all the immorality. High school is full of drug abuse, fornication, and homosexual propaganda. The teachers know for a fact that these underaged kids are engaging in this kind of stuff, but choose not to do anything about it. I was always disgusted by that. The teachers are just mindless drones too afraid to have a strong opinion on anything. The more religious I became, the more anxious and distrusting I became around these people. Once in English class during a debate about abortion, the teacher asked the class to raise their hands if they agreed with abortion. Literally EVERYONE other than my group who was debating against abortion raised their hands. I don't know why I found that so devastating, but that episode made me really cynical about the people around me. My only regret about high school is not dropping out sooner. I feel like such a sucker for sticking around that long when I knew for a fact that it didn't benefit me in any way. Ever since I graduated (which was only a few months ago), the improvement of my mental state was miraculous. I have never felt this happy, clear minded, and grateful to God. My goal now is to write a novel with actual depth and themes. The state of fiction couldn't get any worse. It's basically just overglorified pornography (think Game of Thrones). It goes without saying that fiction nowadays lacks any depth or meaningful themes

SATANIC SPELL ENGULFS AMERICA
( Bolshevism found roots in 1933. The spirit of our Lord has been withdrawn )

Our Lord’s family of Israel along with subjected gentiles and collectively our contemporary nation of Jacob and it’s supporters in not disregarding the actual fact of contributing to ancient Esau’s absolutely well calculated plan-- Satan’s Idumean
take over. The Devil and his criminal network loathes America; and Our Lord, Christ has nothing to do with a world being swallowed up-- Western decimated civilization-- weird cults of homogenized incest, as Lucerferism enlightened with idolatry. Specifically what is envisioned is the rebirth of a modern day fifty-state resurrection ( ANASTASIS ),
coined from the Greeks [ bright and ongoing nativity sprinkled with the good life ]
Paralleling America alongside ancient Anastasis via a blind scribe would not attempt.

Nebuchadnezzar of ancient Babylon as ruler of the Chaldean area of being situated in the area of Mesopotamia between the rivers Euphrates and the Tigris was populated with humanity over the then known world as a haven for professional grosses infidelity, as to
humanizing and wallowing in the Balaam, Astarte, Osiris and Isis make believe, within all
Eccentricities as to phallic worship. At the age of 70 our Lord led Abraham to Haran. As
Babylon felt our Lord changes in order that no collusion could arise within. The mass of mankind fled to other then known Asian global infinite nations along the Mediterranean such as Greece and Rome were premeditated as Abraham had formerly envisioned the future. And Abraham entered Canaan geologically known as the
Fertile Crescent then into Egypt. Phallus Worship through multiple Gods was of Totem-
Pole iniquity as the God of Baalism first sprang from Osos and 0siris. America is ruled by
Contemporary Phallus Worshipping. Anastasis ( Greek ) is to recover from a previous debilitating neurosis. With the present change of grosses political whoredom the national political swindle is now in full swing. America was overthrown in 1934 by the late traitor
Franklin D, Roosevelt. In 1945 Harry Truman, an unelected President, shook hands with Joseph Stalin, Red Russia’s dictator. These two Bolshevism promotors actually stabbed our Lord’s humble nation in the back. America is now under a phallus worshipping dictatorship. In essence, communism vs Capitalism is a ruse. Socialism is Humanism.

Contemporary Humanism existed in the time of Noah. In fact, social scientist in the study
of Homo sapiens’ sub-classical antiquity via grouped socio-pathological self-induced individuals through personification becomes one personality distinctively as social bondage, collectively willingly repressing individual hatred against Republican organized confusion decimated as pseudo Democracy. All in all one massive DUNGHILL

From whence cometh this nation’s on-rushing decline as to a (THIRD-WORLD ) bananas
operation basing its principle upon wrestling with military insinuation lording it over slave labor. Fortunately, for the master criminal complex operating under bourgeois lawlessness in political squirreling ( PRO-RED ) Marxian universal revolutionaries throughout our Republic’s dominion now dominate the listless ARISTOCRACY.