4 dead 1,000 evacuated as wild fire grips the island of Madeira in Portugal 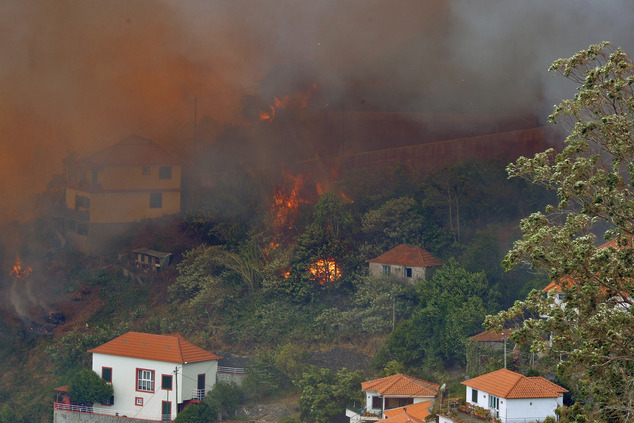 Photo www.dailymail.co.uk
Over 1,000 people evacuated the island of Madeira in Portugal while three people were reported dead.
The Portugal fire 2016 also burned about 40 homes and one five-star hotel causing hundreds of people to leave the area in panic.
Forest fires are ravaging Portugal due to strong winds and high temperatures.
It was difficult to put out the fire because of the sea breeze.
The island also has woodlands and steep hills.
Three elderly people who were in their homes died while around 300 needed medical treatment because of smoke inhalation and minor burns.
Many merely stood and watched their homes burn while others tried to work together to beat the fires.
Meanwhile, there are 13 major wildfires in mainland Portugal that are out of control.
According to US News, a forest watchman was killed when a huge fire engulfed his caravan where he was sleeping. 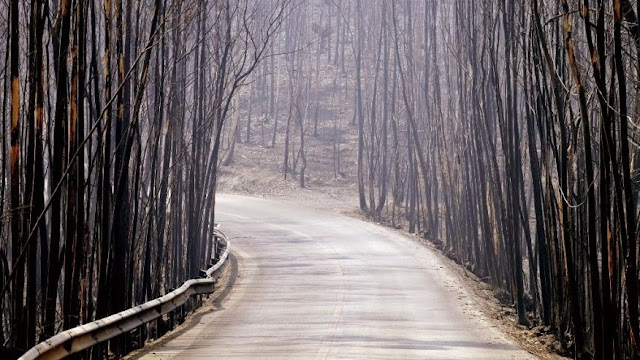 Photo Fox news
Almost 3,900 firefighters, 32 water-dumping aircraft and 1,150 vehicles responded to the Portugal fire 2016, said the National Civil Protection Service.
However this was not enough and moved them to request help from other European Union countries. The Portugal fire 2016 in Madeira also forced the evacuation of tourists in the area since the place is known for its high rate of tourism.
Evacuees stayed in army barracks, a soccer stadium and on the island's civic center.
According to residents, the scene during the fire was chaotic with people riding their cars at high speed on the wrong side of the road just to escape the fire.
"It was very complicated.
Everybody was fleeing.
There were too many flames all around.
We ran away and them we came back," a woman said about her experience, according to Euro News. We took the cars away from here.
And then we started to help each other. Everybody is cooperating now."
Miguel Albuquerque, head of Madeira's regional government said that two other people were seriously hurt and one person is missing, USA Today reported.