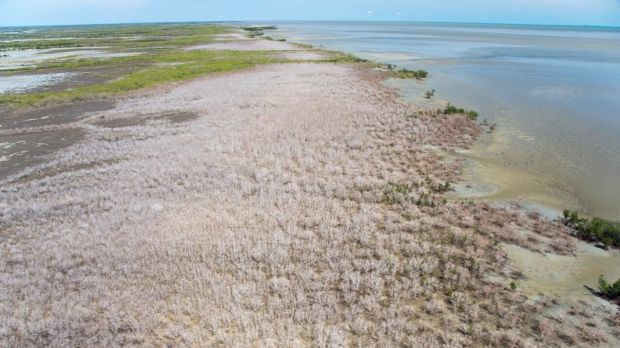 Photo www.brisbanetimes.com.au
Climate change and El Niño have caused the worst mangrove die-off in recorded history, stretching along 700km of Australia’s Gulf of Carpentaria, an expert says.
The mass die-off coincided with the world’s worst global coral bleaching event, as well as the worst bleaching event on the Great Barrier Reef, in which almost a quarter of the coral was killed – something also caused by unusually warm water. 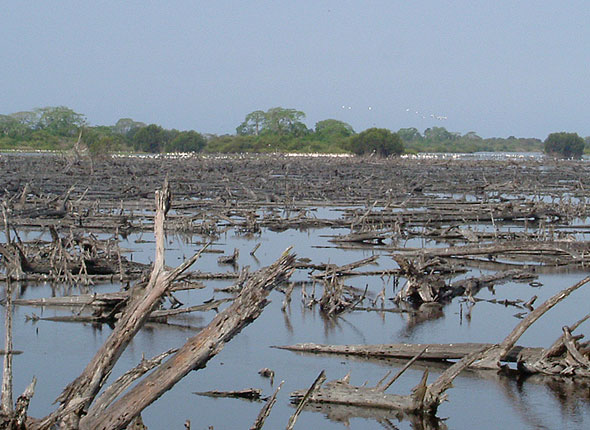 Photo coastalcare.org
And last week it was revealed warm ocean temperatures had wiped out 100km of important kelp forests off the coast of Western Australia, reports The Guardian.
An aerial survey along Australia's Gulf of Carpentaria has revealed a massive die off of Mangrove tree and shrubs which grow along the wonderful beaches of Northern Australia.
There have been large scale diebacks of mangrove trees in the Gulf of Carpentaria for months caused by warming temperatures but it seems El- Niño has delivered the killing blow and scientist have only just noticed as they are in the most remote areas of Queensland, reports the Brisbane Times.
Mangroves play a vital role in coastal ecosystems.
They protect shorelines from erosion, shelter coral reefs, filter water that runs into the ocean, and are home to many fish species.
It’s just one more way things are not looking bright Down Under.
This year, massive coral bleaching killed off nearly a quarter of the Great Barrier Reef’s corals which once again El-Niño was thought responsible.
Australia's vast kelp forests have also been devastated by the marine heatwave, study reveals
About 90% of forests off the western coast were wiped out between 2011 and 2013, posing a threat to biodiversity and the marine economy, say scientists 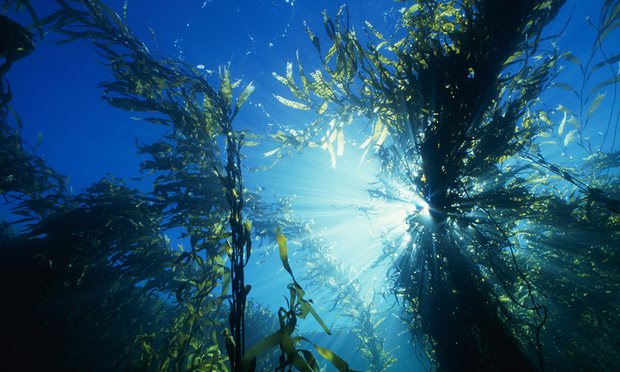 The giant kelp forests are part of the Great Southern Reef – a global biodiversity hotspot, with up to 30% of species endemic. Photograph: Thomas Schmitt/Getty Images

A hundred kilometres of kelp forests off the western coast of Australia were wiped out by a marine heatwave between 2010 and 2013, a new study has revealed.
About 90% of the forests that make up the north-western tip of the Great Southern Reef disappeared over the period, replaced by seaweed turfs, corals, and coral fish usually found in tropical and subtropical waters.