Is he dead? Whereabouts of whistle-blower Julian Assange Remain a Mystery 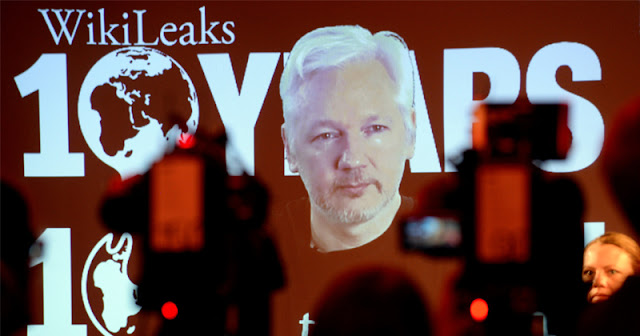 #Pizzagate has gone viral, nuclear even, after Julian Assange released hacked emails from John Podesta who is the former chairman of the 2016 Hillary Clinton presidential campaign. He previously served as chief of staff to President Bill Clinton and Counsellor to President Barack Obama. The leaked emails revealed strange coded messages which so called ‘conspiracy theorists’ claimed refer to a paedophile ring where children are bought for sex by government leaders.


Home page
Related
New terror for Israel: "We're in a state of war!" Tens of thousands of people evacuated from their burning homes
What Clinton, Trump and the Main stream Media are not telling us about The United States Of America
Leaked Army video shows 'near' future of urban hellscapes
Tension building: Iran bullying US in the Persion Gulf N Korea claim sanctions laughable and Al-Shabaab terorrists flood Mexican border
Tension building: S.Korea unveils plan to remove N. Korean capital Pyongyang from the map with tactical nuclear weapons
Tension building! North Korea claims it's fifth nuclear test while students are being taught “doom” and end of the world in schools
UN Supplying migrants with a document on how to break the law in Europe which led to 21 being attacked on a train in Germany and the death of a young Swedish nurse
Tension building: Czechs and Hungarians call for European army: Germany wants compulsory national service: US backed Turkey invades Russian backed Syria
The Battle of Gog and Magog? Russia Iran and Turkey come together North Korea prepares for the "end" and German's are told to stock up for disaster!
at November 27, 2016