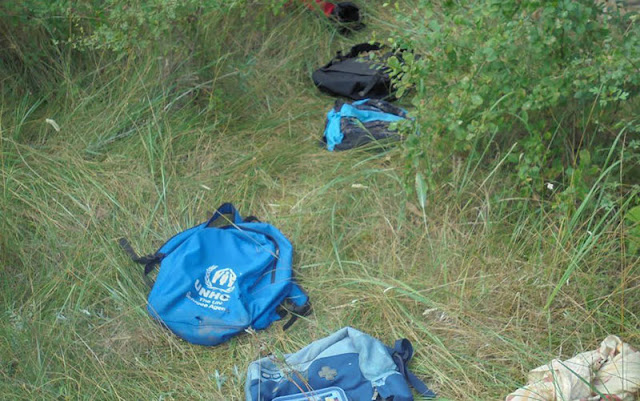 Photo New Observer
Migrants are being issued with backpacks full of supplies, given to them by the UNHCR, and more often than not the migrants throw them away once all the supplies packed therein are used up.
In the bags left behind, leaflets have been found, from a group of Open Society Foundations - Welcome to Europe, aka W2eu - which is closely linked to the American millionaire, George Soros. These leaflets are guides in Arabic and English languages, which encourage migrants to form groups and immediately call for an attorney if they are faced with border-guarding officials.
At least 500 invaders were caught breaking through a Hungarian border fence two months ago, and among their possessions were UNHCR backpacks, supplies, and leaflets from a Soros-front instructing them on how to break the law.
The most shocking of these documents was one which encourages migrants not to have their fingerprints taken, stopping authorities detecting criminals and terrorists.
Taking fingerprints was not only required by the EU’s own rules, but that it was the “only chance to find criminals and terrorists” among the already registered so-called refugees.
These leaflets also advise younger migrants to give false information about there age because a minor cannot be taken into custody and cannot be deported, even if they have no papers.
This is very interesting, especially if we think about the case of the IS terrorists  Muhammad Riyad, see below who attacked 15 people in a train in Germany. 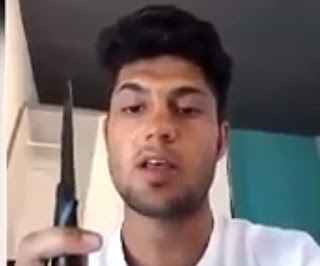 He was caught originally by officials in Ásotthalom Hungary but was later released after claiming he was a 17-year-old Afghan, whereas now we know he was a 19-year-old Pakistani.”
The 19-year-old attacker, who has been named as Muhammad Riyad by ISIS, was gunned down by armed police after fleeing the scene near the city of Wurzburg, 70 miles north of Nuremberg.

Alexandra Mezher, a young female nurse, 22, was stabbed to death at child migrant home, Molndal, Goethenburg, Sweden, in January.
Here attacker was Youssaf Khaliif Nuur, from Ethiopia, was thought to be 15 but later revealed to be at least 21, he was charged with murder. See below 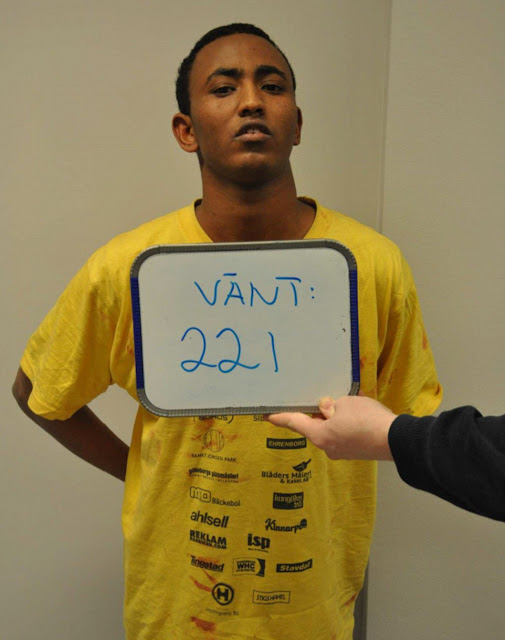 Photo Daily Mail
When Youssaf Khaliif Nuur was questioned by Swedish police he claimed he couldn't remember the incident.

The Mayor of the Hungarian border town, Ásotthalom, a Mr Toroczkai, revealed that he personally had, along with his town’s police force, captured 320 invaders who broke through the fence last month, and that an additional “several hundred” were captured in the fields and woods around the town, which lies near the border with Serbia.
This meant that the number of invaders getting through near his town was minimal, but it also meant that the Third World invasion flow through the Balkans route had not stopped, only slowed down.

Below the document showing migrants how to cheat European law

Information against the fear: Fingerprints in Bulgaria - how to stop a deportation

W.Europe is without hope and invaders pour in unabated. Civil unrest and breakdown of law and order is the norm Shiria law enabled by the EU leaders is a given. Citizens refuse to stand up for family and heritage, not knowing their history. See: gatesofvienna.net, pamelageller.com,etc.

WHEN the muslims came with an army they were defeated,now their just walking in and no one has a problem with that,THEY MIGHT IF THEY KNEW THE USA WAS SUPPLING THEM WITH WEAPONS,when the slaughter starts,IT'LL be a bloodbath,the people of europe were EXTREMELY STUPID,they gave their guns to those stupid whores they call women,BUT it ain't going to happen in america WE already know our women are nothing but a pack of whores,they love oboozo and hillary clinton,that proves the point.....

Be respectful Thomas, this American woman is no whore and believes in the 2nd Amendment.