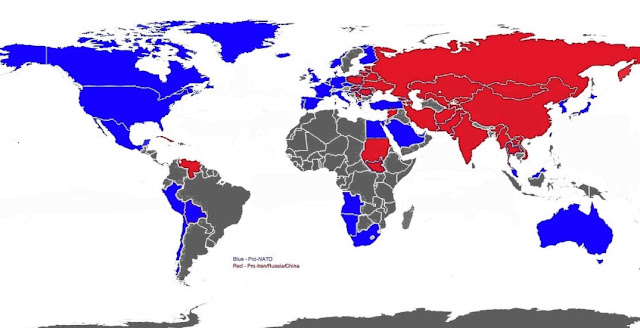 A world on edge

The Czechs and the Hungarians have called for an EU army amid security worries as the actual total of migrants who have arrived in Europe this year is not clear as fear grows terrorists have entered the open borders.
More than a million migrants and refugees crossed into Europe in 2015, sparking a crisis as countries struggled to cope with the influx, and creating division in the EU over how best to deal with resettling people.
The BBC reports leaders of the Czech Republic and Hungary say a "joint European army" is needed to bolster security in the EU.
They were speaking ahead of talks in Warsaw with German Chancellor Angela Merkel.
They dislike her welcome for Muslim migrants from outside the EU.
Hungary's Prime Minister Viktor Orban said "we must give priority to security, so let's start setting up a joint European army".

Germany mulls bringing back compulsory national service Berlin has said it's considering changing its position on conscription.
The country is mulling new strategies to deal with possible security threats.
Germany's interior ministry is considering taking steps toward bringing back conscription, including compulsory service to support the military.
(Reuters) are claiming there are signs that Islamists are trying to join the German armed forces to get military training, and there is a risk they might use that training to carry out attacks in Germany or abroad, a German newspaper cited a draft document as saying.

Last week a report called for Germans to stockpile food and water for civil defence for the first time since the Cold War.
With wars and rumours of wars, terrorist attacks and an unstable economy the German government is advising citizens to stockpile food and water for use in a national emergency.
Citizens are advised to store enough food to last them 10 days, because initially a disaster might put national emergency services beyond reach.

Two months ago in an unrelated speech President Barack Obama Warned Americans “To Be Prepared For A Disaster” during his speech, he stressed that every American is responsible for preparing for disasters, and that includes “having an evacuation plan” and “having a fully stocked disaster supply kit.”

The tension ratched up further this week when the Russians climbed into bed with their long time enemies Iran and Turkey, bringing forth what many believe to be the beginning of a Bible prophecy Ezekiel 38: 1-6 in which Ezekiel 38 predicts the coming of the last world war.

Meanwhile North Korean students are being taught classes about “doom” and the end of the world - heightening fears the country is preparing for a deadly showdown with its Western enemies.
In an editorial in state-run newspaper Rodong Sinmum, the director of the maverick state’s Institute for International Studies issued a terrifying prediction of an ultimate and devastating war.

To make matters worse Turkey invaded Syria with tanks this week with the Syrian Foreign Ministry condemning the attack as a breach of sovereignty.
Turkish special forces, tanks and jets backed by planes from the U.S.-led coalition launched their first co-ordinated offensive into Syria on Wednesday to try to drive Islamic State from the border and prevent further gains by Kurdish militia fighters.

World media trying to hide fact German killer was from a Muslim background
"Allahu Akbar" strikes again: Afghan refugee hacks 15 people with a knife and an axe in Germany
Mad dogs and English men: One month of madness in a world of hate
Breaking news....Turkish military, in statement, says it has taken over the country
Terror Attack In Nice: 83 people and 1 demonic dog killed during Bastille Day celebrations
at August 28, 2016