Click on image to enlarge
A mag 6.4 - 25km ESE of Curico, Chile is the the first major quake of November 2016.
A 6.4 magnitude quake rattled Chile with an epicenter located close to its border with Argentina on Friday, according to earthquake monitors.
Witnesses told Reuters that buildings were shaking in the city during the event.
The epicenter of the 6.4 magnitude quake was located 175 kilometers south of Santiago at a depth of 80 kilometers, the European-Mediterranean Seismological Centre said.
The US Geological Survey put the quake’s magnitude at 6.3, reporting that it hit 41 miles from Santiago at a depth of 116 kilometers.
There have been no reports of casualties or damage so far.
Today's magnitude 6.4 was the 114th major quake this year.

No of major quake's this year by month. 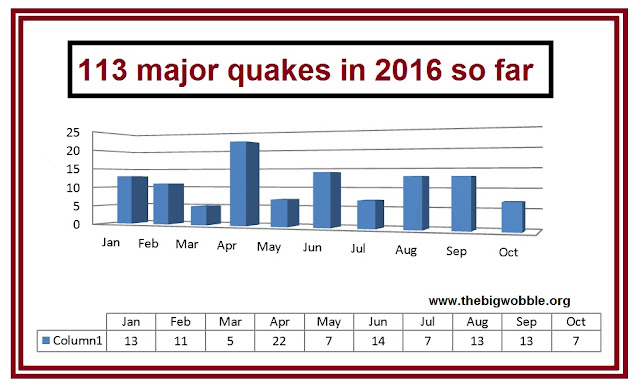 Major quakes around the world this year, is the West Coast due a big one? 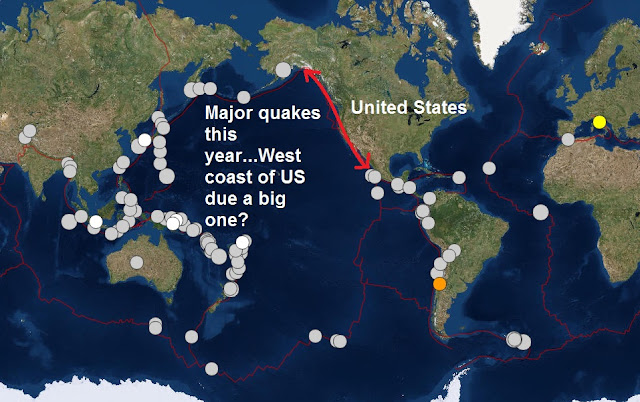