Mad dogs and English men: One month of madness in a world of hate 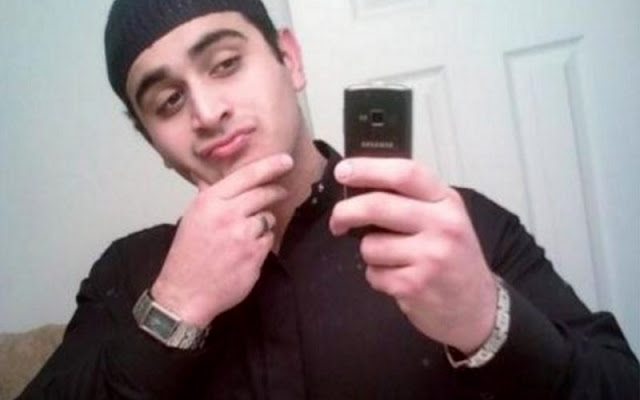 Omar Mateen Photo www.thedailybeast.com
On June 12, 2016, Omar Mateen, a 29-year-old American security guard, killed 49 people and wounded 53 others in a terrorist attack, also considered a hate crime, inside Pulse, a gay nightclub in Orlando, Florida, United States.
He was shot and killed by Orlando police after a three-hour standoff.
The demonic "mad dog" who would periodically text and post on Facebook during the three-hour reign of terror, was a so called "muslim" who frequented gay bars and drank alcohol.
He will receive his reward in full later.
The ink had barely dried on the worldwide newspaper reports when a gun and bomb attack on June the 29th at Istanbul's Ataturk airport killed 41 people, at least 13 of them foreigners, and injured more than 230. 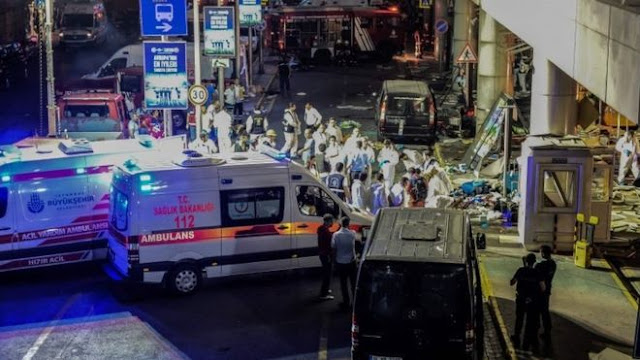 Photo BBC
Three attackers arrived in a taxi and began firing at the terminal entrance.
They blew themselves up after police fired back.
72 virgins are now attending each of the three "mad dogs" in islam's version of heaven.
A week later the world watched in horror when a video emerged of  of a white police officer raising his gun and firing into the chest of Alton Sterling, a 37-year-old black man, outside a convenience store in Baton Rouge, La.
The next day, a shocking video on Facebook live showed Philando Castile pass away after being shot by a white police officer, his beloved girlfriend filmed the whole tragedy as she sat next to him in their car.
Worse was yet to come, the following evening we witnessed a sniper in Dallas sending ripples of panic through a crowd peacefully protesting police brutality.
Videos showed the gunman sheltering behind a building column at El Centro College, then firing on officers point blank.
Five cops were killed; 11 other people were injured.
It would be the deadliest day for law enforcement since 9/11.
Video's showed people dancing and cheering as news of the dead police officers were announced.
Meanwhile...United Kingdom withdrawal from the European Union caused ripples in the political and economy world as England and Wales voted for "Brexit" while Scotland and Northern Ireland voted to stay in Europe, which must be the beginning of the break up of the UK.
Then the bloodbath in Nice, as innocent family's celebrated  Bastille Day along the banks of the French Riviera, a "mad dog" in a truck drove through the crowd along a promenade, killing 84 and injuring hundreds. 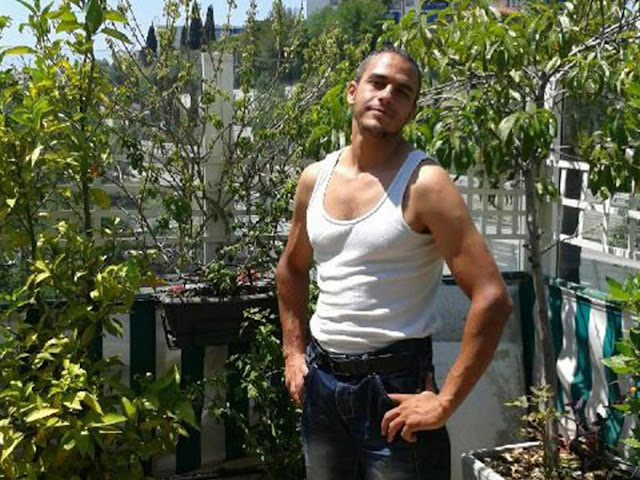 "Mad dog" Photo The Guardian
The scene and subsequent video's of men women and children laying on the road with broken limbs was horrendous.
He, the, "mad dog" will receive his reward in full later...
We have barely enough time to contemplate the horrors of one act before another follows.
This weekend Turkish troops launched an unsuccessful military coup against President Recep Tayyip Erdogan's government, at least 1,500 were wounded in the bloody uprising as Erdogan supporters clashed with the military rebels on Friday.
The Turkish parliamentary building was bombed and both police and citizens were gunned down in the streets.
President Erdogan has sworn revenge on those responsible as he blamed Fethullah Gulen in Philadelphia, U.S.
Turkey is waiting to be accepted into the European union, making "Brexit" look like an inspired move by the English. 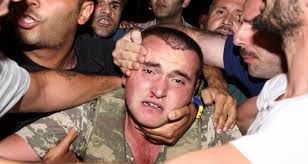 Photo www.australianetworknews.com
On Sunday three police officers are shot dead in US city of Baton Rouge, and three more have been injured
Suspected gunman is dead and US media have named him as Gavin Long, 29
This week, next week, next month, next year is guarnteed to bring more madness, and will certainly be even more horrofic.

Breaking news....Turkish military, in statement, says it has taken over the country
Terror Attack In Nice: 83 people and 1 demonic dog killed during Bastille Day celebrations
at July 18, 2016