Breaking news....Turkish military, in statement, says it has taken over the country 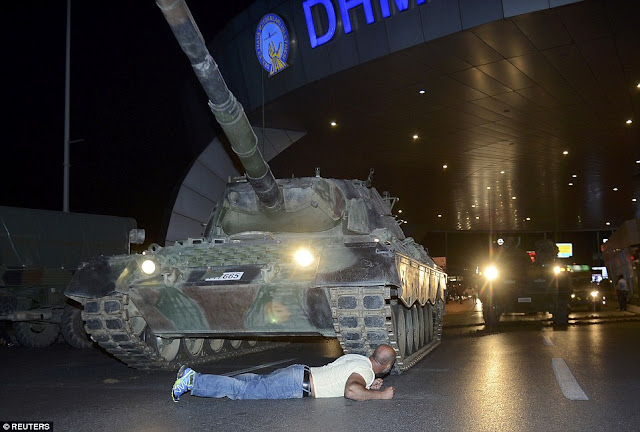 Photo www.rightnow.io
Turkish military, in statement, says it has taken over the country, citing 'democratic order, human rights' - Reuters ISTANBUL — The prime minister of Turkey said on Friday night that factions of the military had attempted a coup.
“Some people illegally undertook an illegal action outside of the chain of command,” Prime Minister Binali Yildirim said in comments broadcast on NTV, a private television channel. “The government elected by the people remains in charge.
This government will only go when the people say so
” Military forces shut two bridges over the Bosporus in Istanbul, and fighter jets were seen flying over Istanbul and Ankara, the capital.
Mr. Yildirim said security forces had been called in to “do what is necessary,” according to Reuters.

This is an incredible motivating article.I am basically satisfied with your great work.You put truly extremely supportive data... XMRE