South Korea confirmed another case of highly pathogenic bird flu at a duck farm in the south, putting quarantine authorities on high alert: Local authorities plan to cull 500,000 ducks and chickens in 10 nearby farms within a 3-kilometre radius as a precautionary measure 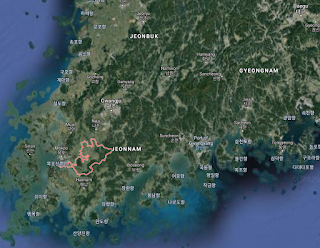 South Korea confirmed another case of highly pathogenic bird flu at a duck farm in a southern county Saturday, putting quarantine authorities on high alert. The latest case was reported at a duck meat farm in South Jeolla Province's Yeongam County, according to the provincial government. It marks the third highly pathogenic case reported at a poultry house this year and the first such case confirmed in South Jeolla Province in three years.

Movement of poultry to and from poultry farms in South Jeolla Province has been prohibited for 30 days. Local quarantine authorities launched an epidemiological investigation into the affected area to trace the source of the latest bird flu case. "The initial infection source (of the latest case) has yet to be found, as no report of suspected infection or symptoms has been filed by other farms in nearby areas," an official at the regional government said.

H5N8 subtype highly pathogenic avian influenza reaches China: The highly contagious strain of the H5 variant is on a rapid rise in Asia and Europe: Millions of birds are being killed as bird flu explodes across Europe and Asia

"We elevated the quarantine level to the highest to curb the spread." Since South Korea recorded the first outbreak of highly pathogenic bird flu in 32 months in late October in Cheonan, South Chungcheong Province, more than 10 cases have been additionally confirmed, putting quarantine authorities on high alert against potential mass outbreaks. (Yonhap)

On the 1 Dec, South Korea confirmed an outbreak of highly pathogenic H5N8 bird flu on a duck farm in the southwestern part of the country, the World Organisation for Animal Health (OIE) said on Monday. The outbreak, which occurred in the town of Girin-ri, killed 19,000 ducks, the OIE said in a website alert, quoting the South Korean agriculture ministry. Some 392,000 chickens and ducks at a total of six farms were killed preventively, the ministry also said.