A mysterious disease that began spreading in Eluru city in Andhra Pradesh, India claimed one life on Sunday and a further 300 residents fell sick: Symptoms include epileptic fits, suddenly falling unconscious and nausea: All cases tested negative for COVID--19 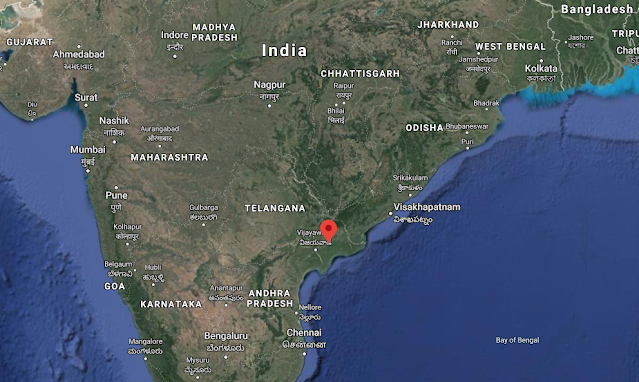 A mysterious disease that began spreading in Eluru city in Andhra Pradesh claimed one life on Sunday even as about 292 residents fell sick. More than 140 of the patients have returned home after treatment at the hospital while the condition of others was stable, the West Godavari district medical and health officials said. Union Minister of State for Home G Kishan Reddy spoke with AP Chief Secretary Nilam Sawhney over the phone and enquired about the situation and said the Centre was ready to extend any possible help.

The Union Home Ministry was also in touch with the Governor's office over this, official sources here said. Nothing has yet been established as to what caused the disease that saw people suddenly falling unconscious after suffering from symptoms of fits and nausea. Health authorities could not yet establish the cause of the sudden disease though blood tests and CT (brain) scan were performed.

Cerebral Spinal Fluid tests also turned out to be normal. The probable cause could become evident only after the culture test results came in. According to district Joint Collector Himanshu Shukla, E-coli results were also awaited. Himanshu Shukla told PTI that expert scientists from the National Institute of Nutrition and Indian Institute of Chemical Technology from Hyderabad would arrive in Eluru on Monday for diagnosing the cause of the disease. A 24x7 control room has been set up in the Eluru Municipal Corporation office.

Milk samples were also collected at random and sent for examination in Vijayawada. A 45-year-old man, who was admitted to the GGH in Eluru with symptoms of nausea and epilepsy, died in the evening. The majority of the people who suffered the sickness had recovered within a few minutes but at least seven persons were shifted to the Government General Hospital in Vijayawada on Sunday for better treatment. All the patients tested negative for COVID-19.

Special teams of doctors have been rushed to Eluru to treat the victims while a house-to-house survey has been undertaken to identify prospective patients. State Health Commissioner Katamaneni Bhaskar also rushed to Eluru to review the situation and monitor the treatment. BJP MP G V L Narasimha Rao, who spoke to state Chief Secretary Nilam Sawhney, said a five-member team of doctors from the All India Institute of Medical Sciences at Mangalagiri here was sent Eluru to treat the patients. G V L Narasimha Rao said he spoke to AIIMS Delhi Director Randeep Guleria and other experts on the mysterious disease and also made them talk to the West Godavari district medical officials.

Poisonous organochlorine substances could be the most likely cause of the disease, the MP said after talking to the experts. Expressing concern over the spread of the mysterious disease, state Governor Biswabhusan Harichandan directed the health authorities to ensure proper medicare to the afflicted persons. Chief Minister YS Jagan Mohan Reddy has scheduled a visit to Eluru on Monday to visit the patients in the GGH and later hold a review meeting with the West Godavari district officials.

Deputy Chief Minister (Health) A K K Srinivas (Nani), who represents Eluru, said tests established that water contamination was not the cause of the mysterious disease. Nani visited the hospital again on Sunday and took stock of the situation and said there was no need to panic. "Most of the victims have recovered and others are stable. We have readied 50 beds in the GGH in Vijayawada to shift patients if required.

Our medical teams are attending to every patient," the Deputy Chief Minister said. TDP general secretary Nara Lokesh too visited the hospital and spoke to the victims. He blamed the Jagan Mohan Reddy government's negligence for the disease outbreak, though initially it was suspected that water contamination caused it. Expressing anguish over 290 people falling ill, TDP president N Chandrababu Naidu demanded a full-fledged inquiry into the disease outbreak and declaration of health emergency in Eluru city.