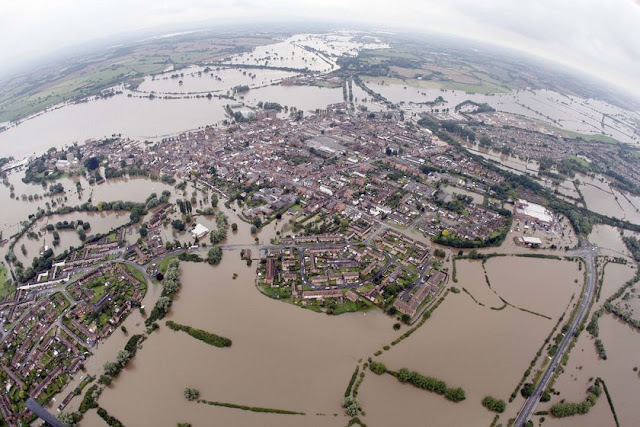 2019 has already been declared the worst agricultural disaster in modern American history with catastrophic flooding, which NOAA warns will continue through to the end of May and into June.
More record-breaking floods are inundating parts of central US as the relentless deluge continues.
Evacuations are underway as flooding is impacting areas across Oklahoma, Kansas, Arkansas, Missouri, Illinois and parts of Nebraska and Iowa.
The U.S. Army Corps of Engineers is warning Arkansans about the possibility of historic flooding along the Arkansas River.
Officials in Tulsa, Oklahoma are also urging residents to remain vigilant and heed all warnings.
According to AccuWeather Meteorologist Kristina Pydynowski, there are rainfall estimates of over 8 inches in the last seven days across northeastern Oklahoma, southwestern Missouri and southeastern Kansas.
"So far this month, nearly 10 inches of rain has soaked Tulsa, Oklahoma.
The city averages nearly 6 inches for the entire month," Pydynowski said.
On Wednesday, two barges became loose during flooding on the Arkansas River. The town of Webbers Falls called for its 600 residents to evacuate.
The current carrying the barges off, slamming them into the Webbers Falls Lock and Dam on Thursday.
They caused "minimal" damage to the dam according to the U.S. Army Corps of Engineers, but the structure held sound.
Due to the flooding and rising river levels, Arkansas Gov. Asa Hutchinson ordered two Arkansas Guard high-water teams to go to western Arkansas on Saturday. Gov. Hutchinson said he will deploy more soldiers as needed and urges residents to heed warnings and evacuate if needed.
"The area of Ft. Smith has not had exceptional rainfall, yet the Arkansas River stage is already above major flooding and forecast to record crest," AccuWeather Meteorologist James Andrews said.
The Army Corps of Engineers continues to release 250,000 cubic feet of water per second from Keystone Dam into the Arkansas River and this level is expected to hold steady through Sunday, May 26.
Due to the additional release at Keystone Dam, flood water is steadily rising and residents and businesses along the Arkansas River need to heed all warnings and take precautions.
The flood gauge near Ponca City on the Arkansas River recorded water levels of 21.76 ft at 6 p.m. CDT, breaking the 1993 record of 20.11 ft.

2019 set to be a record year for flooding as mind-boggling-statistics blow away previous records for many countries and we are only into April
More than 2 months' worth of rain in just 8 hours as Brazil is the latest victim of severe floods which hit Rio de Janeiro yesterday.
Torrential rain left at least 10 people dead in Rio de Janeiro, officials said Tuesday, as emergency workers rescued people trapped by the downpour and clean-up efforts gathered pace.
The unusually heavy rain began Monday evening and continued into Tuesday, triggering widespread flash flooding that turned some streets into raging rivers, toppled trees and swept away cars as the state emergency agency declared a crisis.
The southern zone of the city, which includes the tourist hot-spots Copacabana and Ipanema as well as several impoverished favela areas, has been hardest hit.
Heavy runoff from neighbouring hills gushed through some apartment buildings and shops, leaving behind mud and debris.
"I've never seen or witnessed anything like this, said one resident."
"I'm really amazed at all of this."
Cars and public buses were crushed by fallen trees, and sections of streets were ripped up by the force of the water.
Torrential rain in February killed at least six people in Rio de Janeiro. 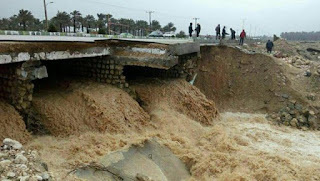 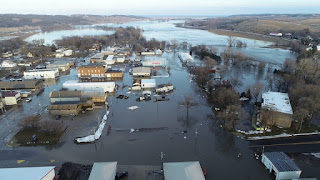 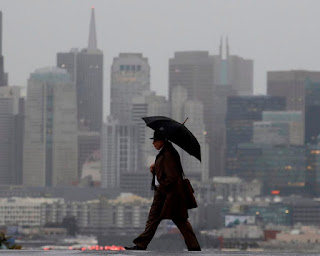 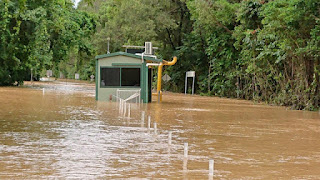