Atacama Desert, Chile, one of the driest places on Earth has so much rainfall a 60m (196ft) waterfall that had run dry for 10 years has been reactivated. 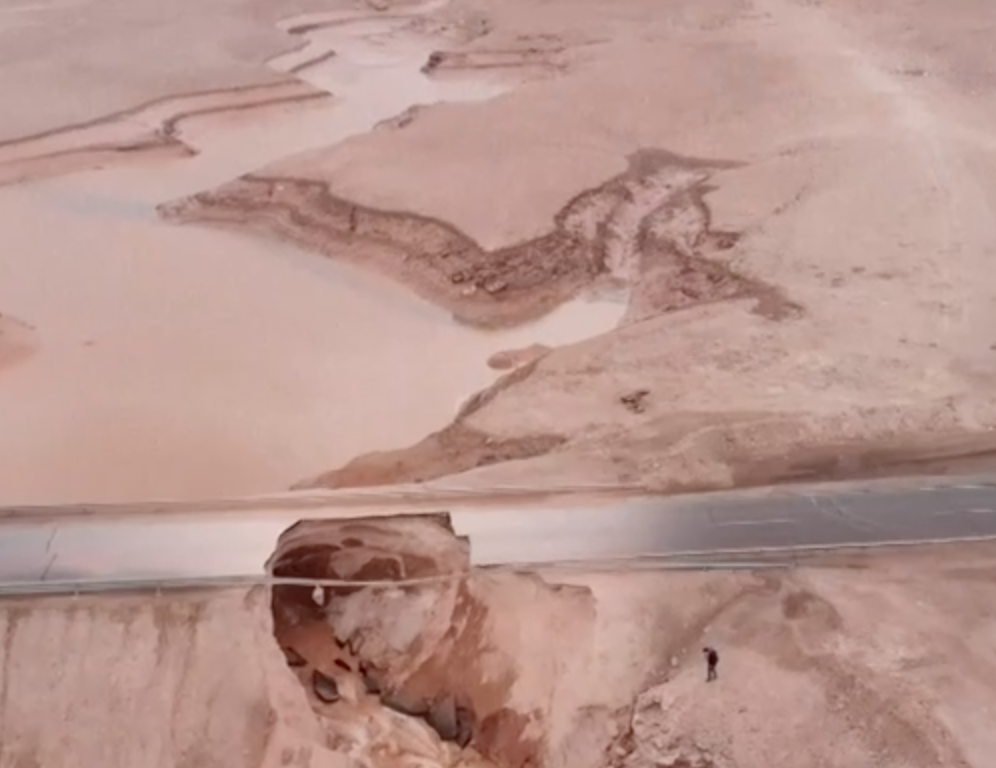 Heavy rains have wreaked havoc in northern Chile causing rivers to overflow and forcing residents from their flooded homes.
Extreme rainfall in the Andes claimed several lives and destroyed homes and roads.
In the Atacama Desert, normally one of the driest places on Earth, a 60m (196ft) waterfall that had run dry for 10 years has been reactivated.
As the rains start to die down, families are taking stock of the damage to homes.
Chile’s Interior Ministry declared a red alert overnight in the neighbouring provinces of El Loa and Antofagasta after several days of heavy rain and electric storms, which saw three people killed, roads cut off, houses damaged and bridges collapse.
The state geological agency has warned of land and rock slides.
Codelco said emergency teams had been deployed to both suspended mines along with management staff to monitor and mitigate any impact caused by the weather.

Last Tuesday Chile declared a 'state of catastrophe' in three regions ravaged by forest fires that have killed two people and razed 10,000 hectares of land.
Declaring catastrophe in parts of Biobio, La Araucania and Los Rios paves the way for the armed forces to take part in the efforts to battle the blazes, said acting Interior Minister Rodrigo Ubilla.
He told reporters that the fires have "increased significantly," prompting officials to take more drastic measures.
"High temperatures, strong winds and low humidity have been factors" in sparking and spreading the fires, said Ubilla.
Over the coming days, "record" high temperatures are expected to spread the fires, he warned. President Sebastian Pinera on Monday cut short his vacation to inspect La Araucania, a region located some 679 km south of the capital Santiago.
"We won't abandon you," Pinera told local residents.
Two people were killed by the fires in La Araucania and 38 others have been moved to temporary shelters after their homes were destroyed.
During this summer season in the Southern Hemisphere, Chile has seen 92 forest fires, 45 of them are still active, another 45 have been brought under control, and two were successfully put out, the Interior Ministry's emergency management service reported.