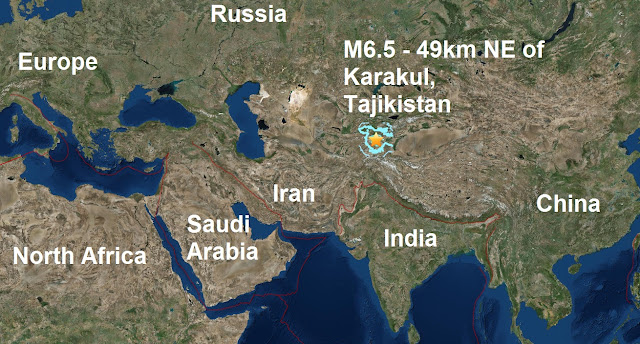 It’s another big one! A magnitude 6.5 - 49km NE of Karakul, strikes Tajikistan, making it the 4th major quake to hit earth since Monday.
And major quakes were predicted on Monday by The Big Wobble as a major coronal hole turned to face the Earth See here


On Tuesday the stricken nuclear station, Fukushima had it's cooling system shut down, a meteor burned through the sky and a tsunami evacuation warning after a powerful mag 6.9 quake hit Japan. And on Thursday a massive 7.2 earthquake rocked El Salvador as Hurricane Otto made landfall!
The massive coronal hole is now moving away from Earth facing but we are still in the danger zone, see below. 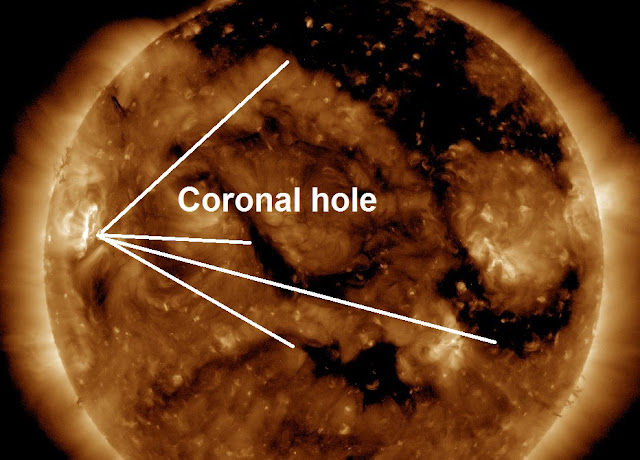