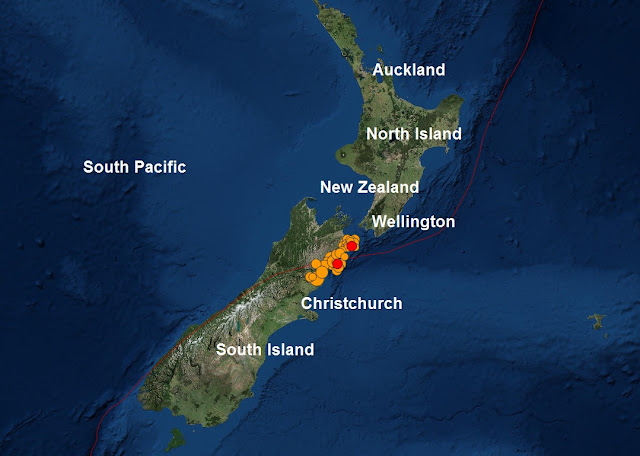 An incredible swarm of earthquakes and aftershocks have battered New Zealand over the last 12 hours.
A massive magnitude 7.8 hit the South Island last night triggering an incredible 40 aftershocks above mag 4. with at least 4 monitoring above mag 6.
Not since the Japan tsunami and earthquake on Saturday 12 March 2011 have there been such a number of major quakes concentrated in one area.
The earthquakes struck along the Kermadec Trench which cuts right through New Zealand’s South Island.


A large coronal hole on our Sun, (what some experts believe to be the main cause of major quakes) is facing the Earth at this moment, see below. 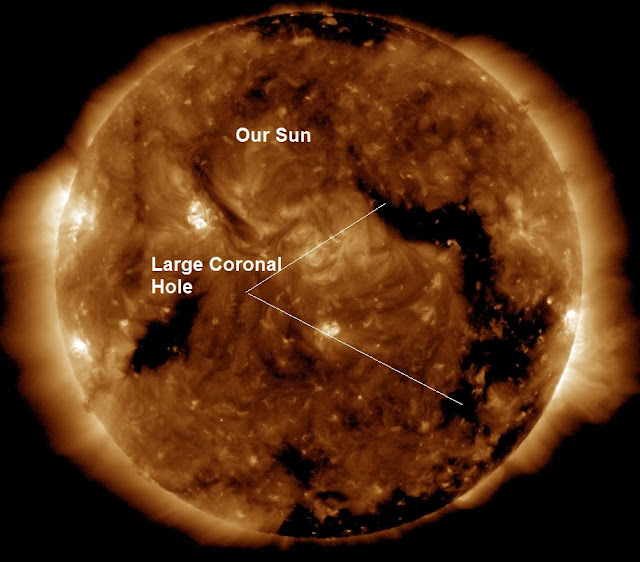 
Another factor could be the large Moon, which is the closest for 70 years, the last time it was so close to the Earth was January 26, 1948, and our Moon’s gravitational pull does influence our planet. 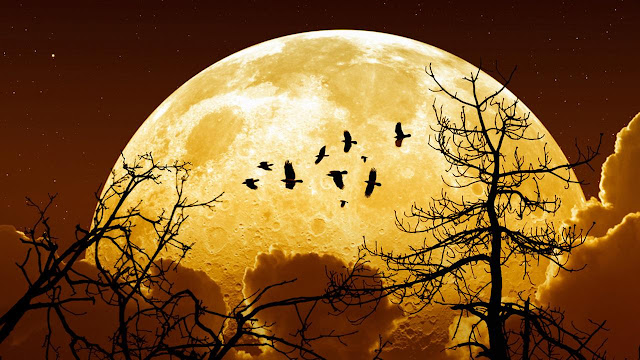 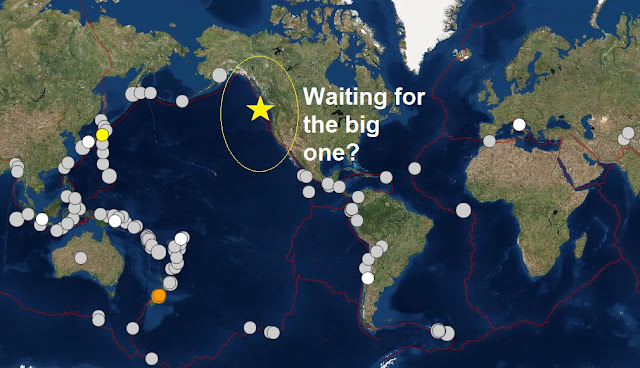 119 major quakes this year, with 98% of them around the Pacific "Ring of Fire," incredibly the American West coast has so far managed to steer clear of trouble with not one major quake registered in the area this year, what are the odds?

Number of major quakes this year up to November the 1st 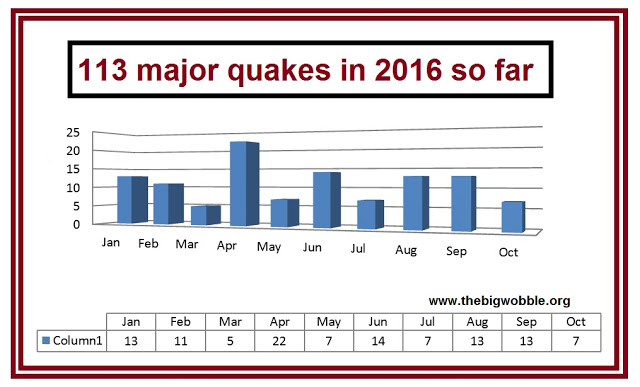 Researched and written by Gary Walton