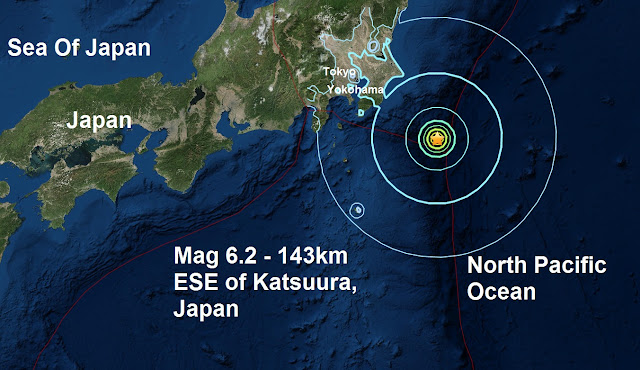 A magnitude 6.2 - 143km ESE of Katsuura, Japan is the 9th major quake of September and the 101st this year.
Earlier in the week a magnitude 6.1 also close to Japan was special in that it was this years 100th major quake.
Although the quake shook Tokyo there is a low likelihood of casualties and damage.
Overall, the population in this region resides in structures that are resistant to earthquake shaking, though some vulnerable structures exist.
With approximately three and a half months left to the end of this year we could be looking at around 130 major quakes for the year.That could well be the lowest total in one year since the 133 recorded in 2012.2007 and 2011 have the highest total ever with 196 and 207 respectively, see below. 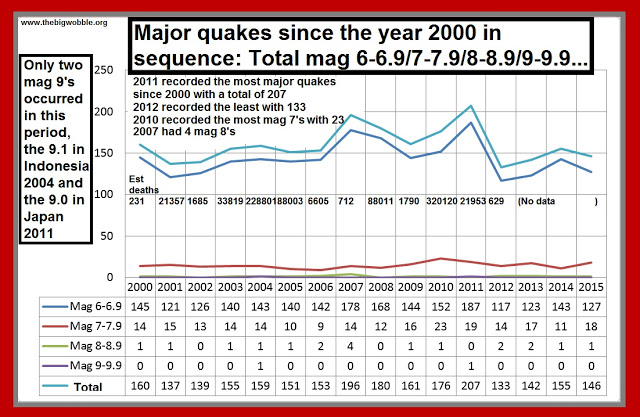