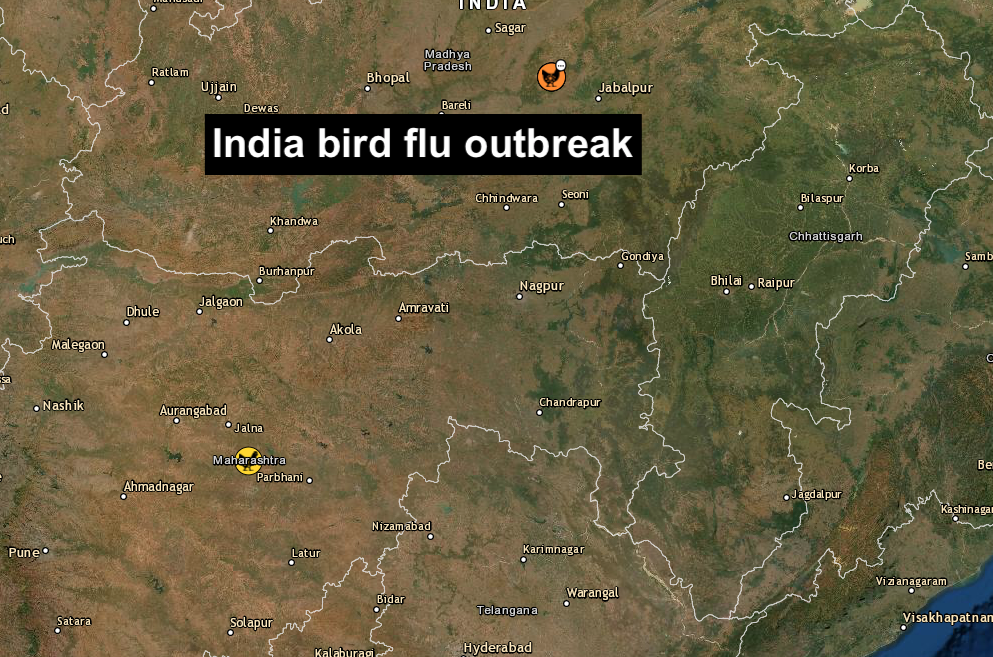 Cases of bird flu are spreading in Maharashtra with 382 wild bird deaths reported from nine districts on Thursday, taking the toll to 3,378 across the state. According to the state department, samples of birds from four more districts in the state Latur, Nanded, Nashik and Ahmednagar returned positive for bird flu. "A total of 382 birds have died on January 14. The samples have been sent to the National Institute of High Security Animal Diseases in Bhopal and DIS, Pune. A total of 3,378 deaths of various birds have been recorded till the date since January 8.

So far, nine districts have been exposed to bird flu in the state," the state department said. The results of the examination of the previously sent samples from Mumbai, Ghodbander (Thane district) and Dapoli tested positive for bird flu in crows and herons and samples sent from poultry farm from Muramba (Tal Parbhani) have been found positive for the (H5N1 strain) and samples of Crows from Beed district have been found positive for the H5N8 strain. Western Region Disease Diagnosis Laboratory received 66 samples, out of which results for 44 samples have been declared and results of 22 samples are awaited. Out of the 44 declared results, eight poultry samples from Parbhani, Latur, Beed and Nanded Districts have been confirmed for H5 strain of Bird Flu.

Monday, 11 January 2021 Could H5N8 be the next Covid? Indian officials are monitoring more states who have confirmed cases of avian flu and probing the mysterious unexplained deaths of wild birds, crows, and poultry while health officials try to avoid the spread of the disease to humans

Nine crow samples from Mumbai, Beed, Thane, Ratnagiri, Nashik and Nanded have tested positive for Bird Flu; whereas one crow sample from Chandrapur has tested negative. Ten samples from other birds like Herons, Parrots, Sparrows etc from Parbhani, Latur, Thane, Nashik and Ahmednagar districts have tested positive, wheas samples from Gondia, Nagpur, Nashik, Yavatmal and Satara have tested negative. Meanwhile, the Centre issued several advisories on the spread of bird flu across the country, state governments are now undertaking awareness campaigns through newspaper advertisements, social media platforms, in a bid to inform the general public, the Ministry of Fisheries, Animal Husbandry and Dairying (FAHD) said.