Monday, 5 April 2021 It's impossible to know just how many pigs have died from the disease but it is thought to be hundreds of millions: China's second wave of African swine fever has killed almost 10 million pigs in the first 3 months of 2021

It's impossible to know just how many pigs have died from the disease but it is thought to be hundreds of millions.
According to a report by ABC, the second wave of African swine fever (ASF) is estimated to have killed almost 10 million pigs in China since the start of the year, detailing the country's plans to rebuild its national herd. New variants of the pig-killing disease African swine fever have emerged in Asia. Hundreds of millions of pigs were killed by the disease in the last couple of years, in China, Asia and Europe reducing the world's stock by more than 40%. The first reported outbreak of the disease was in August 2018 and within a year it had spread to multiple countries.

Saturday, 23 January 2021 Two new H5N8 bird flu outbreaks hit the Czech Republic and Finland as the virus continues its race across Europe, India and Asia in the late 2020 and early 2021: The first-ever cases of the easily transmittable bird flu type H5N8 have been detected in Finland, the Finnish Food Authority confirmed

PRAGUE (Reuters) - The Czech Republic recorded an H5N8 bird flu outbreak at a small farm in the south of the country, killing around half of a 30-bird flock, the State Veterinary Administration said on Friday. The infection was at a farm 99 km (61 miles) south of the capital Prague and was likely caused by wild ducks from a nearby pond, the office said.

HELSINKI, Jan. 22 (Xinhua) -- The first-ever cases of the easily transmittable bird flu type H5N8 have been detected in Finland, the Finnish Food Authority confirmed on Friday to national broadcaster Yle.

The bird flu outbreak became a worry in the first week of January after many states started reporting unusual deaths of a large number of birds — wild, migratory and also poultry. The samples were tested and found to be a case of infection caused by Influenza Type-A virus, primarily H5N1, which is considered a Highly Pathogenic Avian Influenza (HPAI) variant. Other strains such as H7N1, H8N1 or H5N8 also cause bird flu and belong to the same HPAI category. While bird flu outbreak in Himachal Pradesh has been caused by H5N1, the samples from Kerala, Madhya Pradesh and Rajasthan have shown the presence of H5N8 variant.

The World Health Organization (WHO) reports one new case of human infection with avian influenza A(H9N2) virus in China during the first week of 2021.
The case was a 1-year-and 4-month-old male from Yunfu, Guangdong Province, China, who had exposure to domestic poultry prior to the onset of illness. He developed mild symptoms on 28 December 2020 and was admitted to a hospital on 29 December. As of 4 January 2021, no family cluster was reported. This is the first case to be reported from China in 2021.

Cases of bird flu are spreading in Maharashtra with 382 wild bird deaths reported from nine districts on Thursday, taking the toll to 3,378 across the state. According to the state department, samples of birds from four more districts in the state Latur, Nanded, Nashik and Ahmednagar returned positive for bird flu.
"A total of 382 birds have died on January 14. The samples have been sent to the National Institute of High-Security Animal Diseases in Bhopal and DIS, Pune. A total of 3,378 deaths of various birds have been recorded till the date since January 8.

A "highly pathogenic strain" of the bird flu virus is currently in circulation according to the Department of Agriculture. The department was responding to reports of significant numbers of dead birds discovered around the State including dozens of seagulls observed on Sandymount Strand in recent days. The strain AI H5N8, has been detected in 18 wild bird species across eight counties - Limerick, Monaghan, Wicklow, Mayo, Cork, Wexford, Louth and Kildare.

Monday, 11 January 2021 Could H5N8 be the next Covid? Indian officials are monitoring more states who have confirmed cases of avian flu and probing the mysterious unexplained deaths of wild birds, crows, and poultry while health officials try to avoid the spread of the disease to humans. 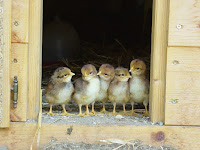 With more states confirming cases of avian flu and many still probing the unexplained deaths of wild birds, crows, and poultry, the central government has intensified its coordination with local authorities to contain the spread of the disease.
The Department of Animal Husbandry and Dairying has sought increased monitoring of potential hot spots for the diseases spread and asked for constant communication. Besides Uttar Pradesh, six other states where bird flu has been confirmed till now are Kerala, Rajasthan, Madhya Pradesh, Himachal Pradesh, Haryana and Gujarat.

More than 110,000 birds are being culled as a result of the detection of avian influenza in Northern Ireland, the North's Department of Agriculture, Environment and Rural Affairs (Daerah) has confirmed.
The North's chief veterinary officer, Dr Robert Huey reported that Highly Pathogenic Avian Influenza (HPAI), subtype H5N8, was found in a poultry flock at a commercial holding in Clough in Co Down. A second suspected case is under investigation at a commercial holding near Lisburn, Co Antrim.

6 Jan 2021
France is to cull around 600,000 poultry birds as it tries to contain an avian influenza virus that is spreading among duck flocks in the southwest of the country, the farm ministry said on Tuesday. France is among European countries to have reported highly contagious strains of bird flu late last year, leading to mass culls as authorities try to limit transmission from wild birds to farm flocks. 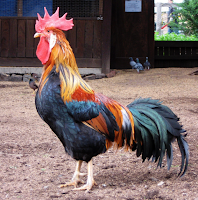 5 Dec 2021
Around 100,000 Gressingham ducks will be culled at four linked farms near Watton after a major East Anglian poultry producer confirmed its second bird flu outbreak in eight days. Gressingham Foods, the UK's largest duck producer, says a highly-pathogenic strain of avian influenza (AI) has infected a flock run by its supplier Green Label Poultry at Foulden Road in Ickburgh.
Starting today, all 100,000 birds will be humanely culled across the complex of four neighbouring duck-rearing units, to prevent the disease spreading. It follows an outbreak eight days earlier at Homelea Farm in Great Ellingham, near Attleborough - also run by Green Label Poultry - which prompted the cull of 8,000 Gressingham ducks.

According to reporting from the Anadolu Agency, animal health authorities in Denmark detected the bird flu outbreak on 1 January as part of the country's farm surveillance efforts. Around 9,000 birds will be culled to prevent the spread of the virus. Animal health authorities are asking poultry farmers and bird keepers to adhere to strict biosecurity measures and to prevent contact between domestic birds and wild birds.

Avian influenza has been spreading through Europe and Asia in recent weeks, causing millions of birds to be culled. Researchers believe that the current outbreak originated in wild birds, and is being spread to captive birds as the wild birds migrate for the winter season

Amid the ongoing coronavirus pandemic, India has reported the emergence of more bird flu since last week.