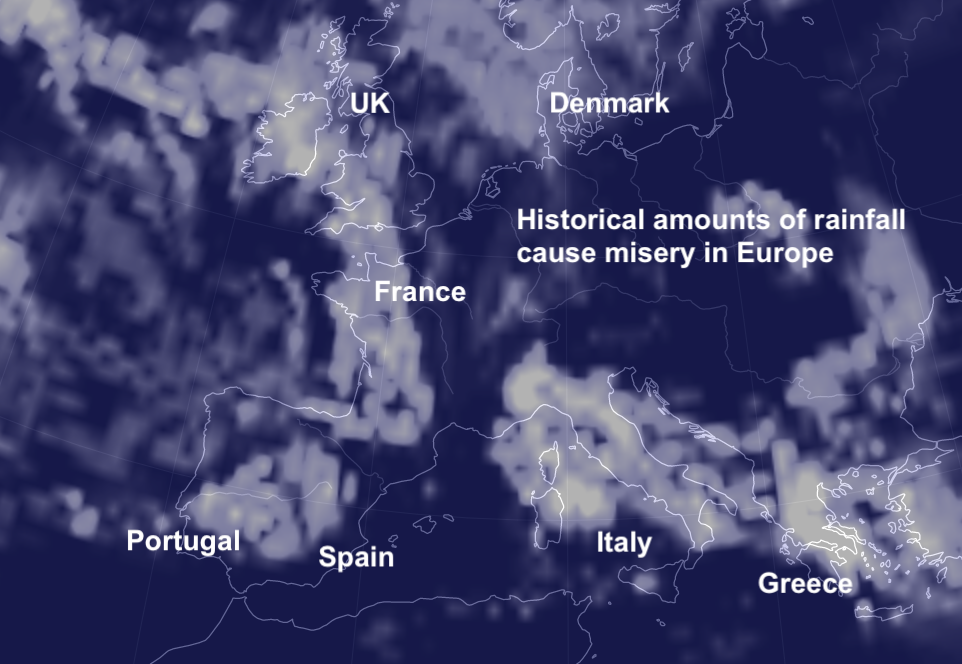 Europe continues to hit with torrential rain this weekend

The Greek Coast Guard said on Monday that two people were killed after their moored sailing boat sank in Antirio town, western Greece, amid severe weather. Thunderstorms swept Greece over the weekend causing flooding and disruption to sea transports.

The storm Gyrionis created havoc in towns across the country. In Kineta, south of Athens, the Fire Service evacuated dozens of people from flooded homes. Heavy rain and debris have shut down both the Athens-Corinth highway, near Elefsina, and the old road connecting the two cities. Authorities say the highway to Athens was expected to open later in the morning.

At the town of Katerini, northern Greece, many roads turned into small rivers. According to the latest forecast, the weather front will bring heavy rainfall and rainstorms in the region of Attica and in Athens from early Monday until the evening. The adverse weather conditions are going to affect Greece with heavy rainfall and gale-force southern winds until Tuesday. The Greek civil protection service has urged municipal authorities to be on the alert as the adverse weather is expected to move eastward before waning by Monday night.

Many parts of France and Italy are once again flooded after a 'historic' amount of rain hit Western Europe once again over the weekend. In France, four people died after massive flooding that has hit southeastern France since Friday, causing major damage in the region, local authorities said. The historic Italian city of Venice is once again underwater just a week after the high tides caused its highest flooding on record. Full story