Rains of "historic" intensity (the new buzz phrase in Western Europe) hit France and Italy once again with almost half a year's rainfall in 48 hours: Venice once again underwater 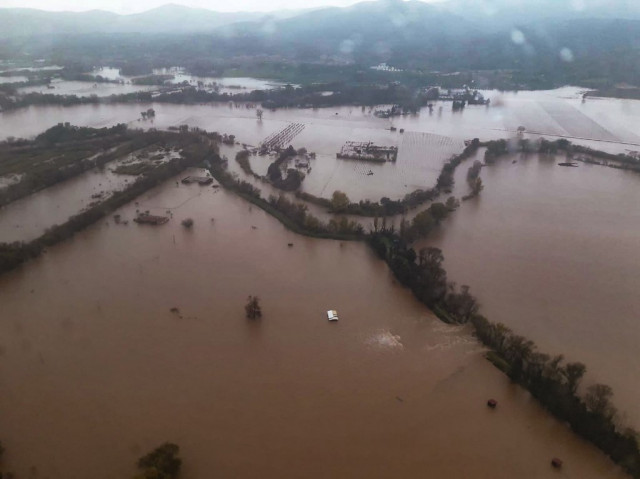 Many parts of France and Italy are once again flooded after a 'historic' amount of rain hit Western Europe once again over the weekend. In France, four people died after massive flooding that has hit southeastern France since Friday, causing major damage in the region, local authorities said. The historic Italian city of Venice is once again underwater just a week after the high tides caused its highest flooding on record.

The senior official for the Var region, Jean-Luc Videlaine, told AFP that the rains had been of "historic" intensity, adding that the damage will be "considerable". He said that water levels were now going down but added that the situation was "far from returning to normal". In some areas of the Var region, the equivalent of six months rain fell in just 24 or 48 hours.

Several rivers burst their banks in southeastern France, causing major damage as homes were flooded and trees, cars and boats were swept along by the waters. 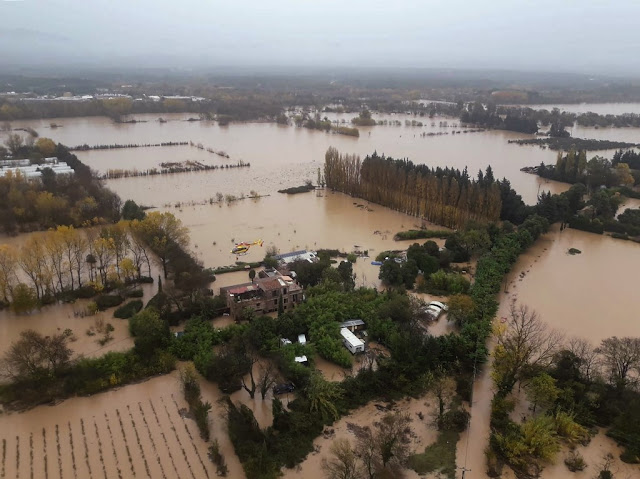 A 30-meter (100-foot) section of highway along a viaduct near the flooded Italian coastal city of Savona collapsed Sunday, (see photo below) authorities said, meanwhile, Flooding in Turin prompted the cancellation of a marathon. 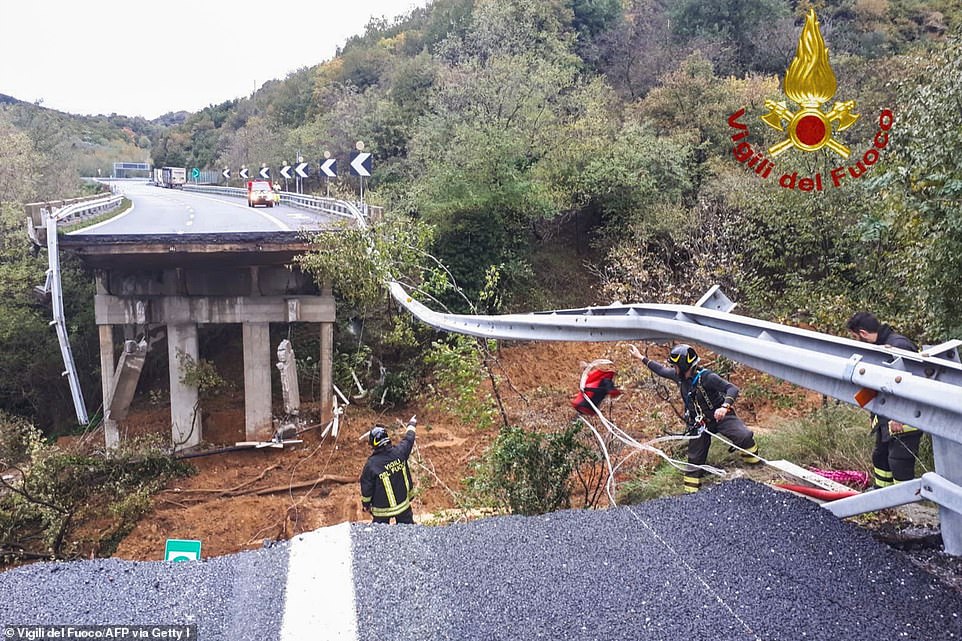 A viaduct collapsed near the Italian city of Savona, and several rivers burst their banks in south-east France. A number of people were reported missing. xx