More flooding on the way! Ex-Tropical Storm Sebastien is set to smash the UK and Ireland: Sebastien has undergone a sudden strengthening in force, leaving scientists baffled 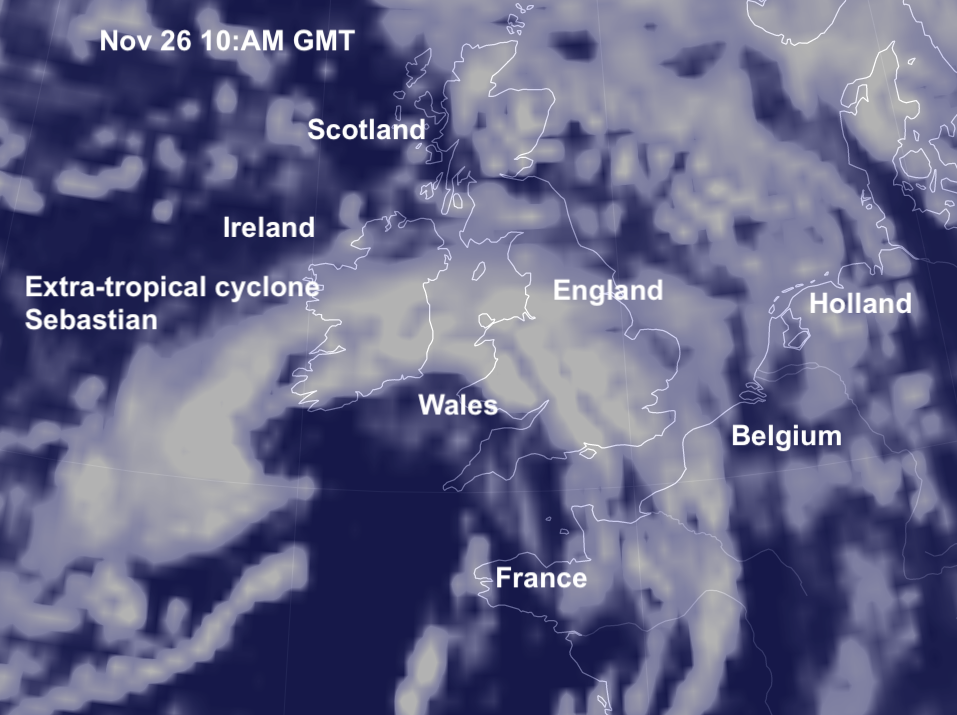 Ex-tropical storm Sebastien has transitioned into an overnight and is now re-organizing and is expected to bring severe winds into Ireland and southern England tonight and tomorrow morning along with the next batch of torrential rain which is expected to cause more flooding.

The new threat comes just hours after rains of "historic" intensity hit France and Italy once again with almost half a year's rainfall in 48 hours.  Many parts of France and Italy are once again flooded after a 'historic' amount of rain hit Western Europe once again over the weekend. In France, four people died after massive flooding that has hit southeastern France since Friday, causing major damage in the region. The historic Italian city of Venice is once again underwater just a week after the high tides caused its highest flooding on record Full story

Heavy rain is moving northeast across England and Wales. Tonight, heavy rain will continue across northern Britain. Further heavy rain and strong winds will reach the southwest by dawn the 26th. More heavy rain will push north across the UK tomorrow, along with heavy and possibly thundery showers with strong winds in south and west. The outlook for Wednesday to Friday: Wet and windy weather. The Met Office already has almost 50 flood warnings in place, see pic below. 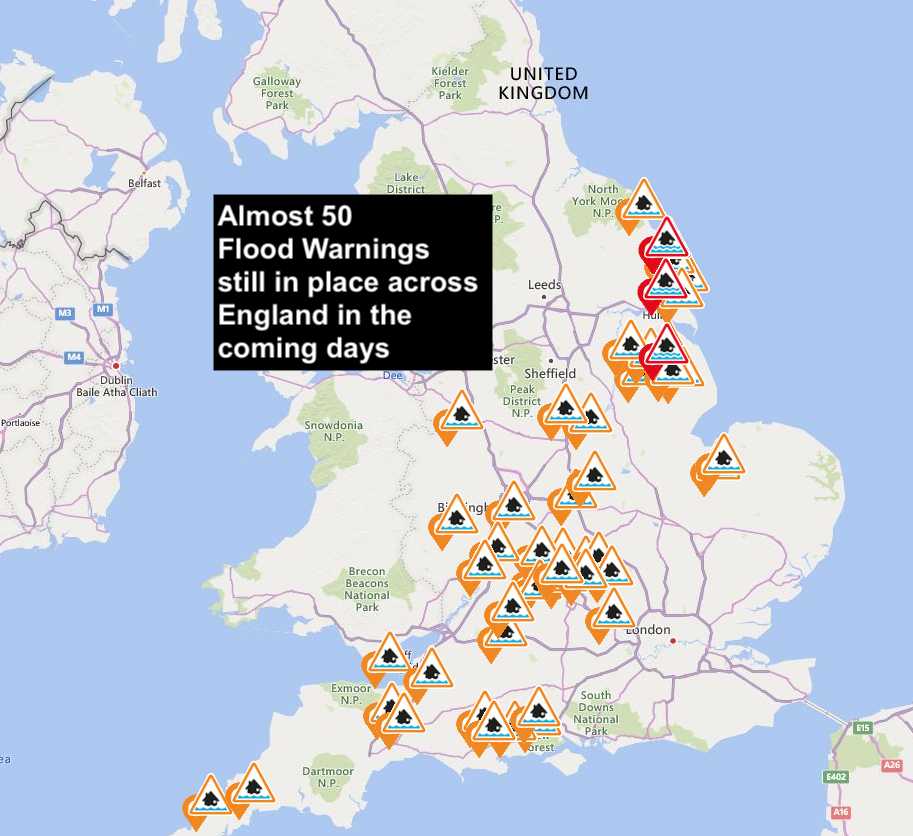 Tropical Storm Sebastien has sparked travel chaos warnings ahead of its expected landfall on Tuesday. The storm system is heading directly for the UK after the US National Hurricane Centre (NHC) confirmed it had suddenly intensified in strength. The Atlantic’s 18th named storm of 2019, which formed last week, had initially been predicted to weaken quite quickly. However, it has undergone a sudden strengthening in force, leading to official Met Office weather warnings. Even scientists the NHC were left baffled by the surprise storm strength. The Met Office has warned that flood-ravaged areas could face yet more heavy rain over the next five days as Sebastien bears down on the country, according to The Daily Express