A powerful magnitude 6.4 rocks Albania in the area where 'historic' amounts of rain fell over the weekend: It's the 16th major quake of November and the 130th of 2019 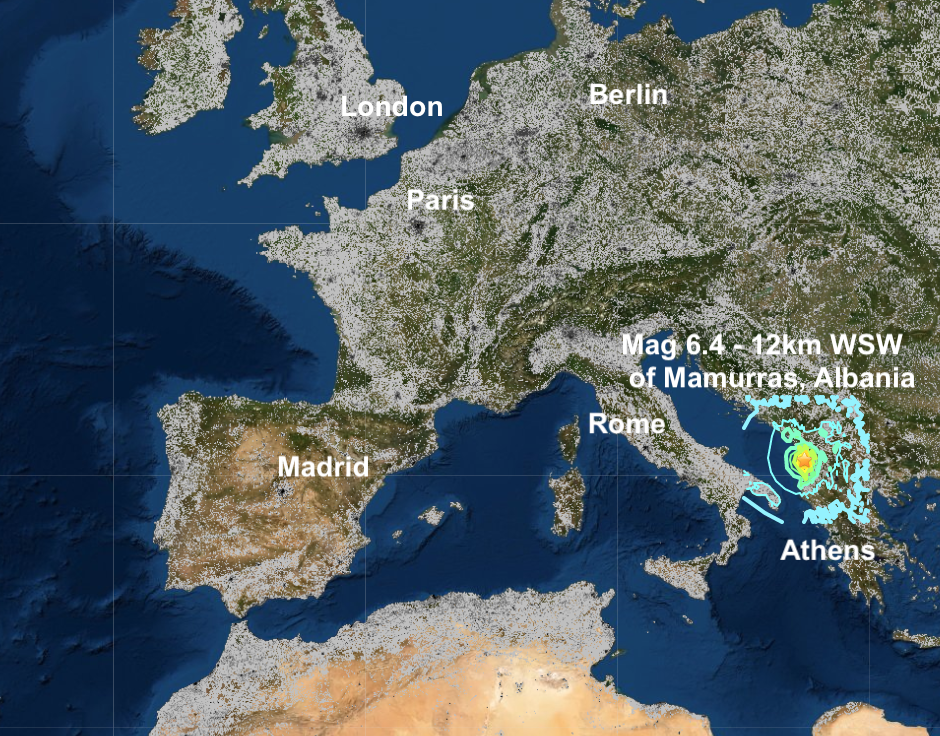 A powerful, shallow magnitude 6.4 has rocked Mamurras, Albania. The quake hit an area where 'historic' and torrential amounts of rain fell over the weekend. Full story

The strong earthquake shook Albania early Tuesday, killing at least six people, injuring 150 and collapsing buildings. The U.S. Geological Survey said the magnitude 6.4 quake was centred 30 kilometres (19 miles) northwest of the capital, Tirana. It was at a depth of 20 kilometres (12 miles)

The Defense Ministry said a person in Kurbin, 50 kilometres (30 miles) north of Tirana, died after jumping from his home to escape shaking from the quake. Another person was killed when a building collapsed in Durres, 33 kilometres (20 miles) west of Tirana, emergency officials said. Rescuers were working to take out other people from the building. The quake was felt along the Albanian coast. People reported seeing cracks in their apartment walls. People were seen leaving homes to go to open areas.