Animals fight back! Dolphins are attacking fishing nets to release captured sardines from fishing boats in Morocco catches cut in half since 2011 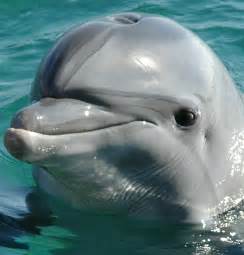 Photo pinstopin.com
In a period of record shark attacks on humans around the world and many story's of animals entering villages and towns attacking humans, a new phenomenon is happening in Morocco, dolphins attacking fishing nets to release captured sardines.
In Morocco's northern port city of Al-Hoceima, fishermen are clamoring for state support for a struggling sector which they say is under attack from dolphins.
In the harbour, fishermen can often be seen mending nets they claim have been destroyed by a type of dolphin they have dubbed El Negro, or "the Black One" in Spanish.
Named after its dark grey-almost black-skin, the bottlenose dolphin is the largest of three species found in the western Mediterranean.
"He sees us coming and knows exactly when and how to attack the fishing net," said boat-owner Said Shaib, 44.
"When he attacks, we are sometimes left with only 10 to 20 sardine boxes" from a catch that can reach 400 boxes a day-"and each time huge damage to the nets".
"It gets very expensive," said Shaib, with fuel expenses and time wasted on shore fixing nets.
In a long-neglected region still reeling from the gruesome death of a fishmonger crushed in a rubbish truck, the dolphin attacks have fuelled long-standing grievances.
Mouhcine Fikri, 31, was accidentally killed last year in Al-Hoceima as he tried to protest against authorities seizing and destroying swordfish caught out of season.
His death in the Rif region sparked outrage nationwide, but also ongoing protests in his hometown, including to demand state support for an economically devastated region that has long relied on fishing for income.
"In Al-Hoceima, the economy has always been based on fishing," Shaib said.
"We used to coexist with the dolphin.
But from 2010, attacks by El Negro soared."
An expert on local fauna said it was not clear why bottlenose dolphins, which can measure up to four metres (13 feet) long and weigh 400 kilos (almost 900 pounds), were attacking nets.
"It's a very intelligent animal.
It attacks to feed itself, but possibly also to free the sardines," the expert said, asking to remain anonymous.
Governor Mohamed El Yaakoubi agreed that bottlenose dolphins are a problem.
"Fishing has suffered a lot," he said.
Since 2011, catches in Al-Hoceima have dropped by half from 8,972 to 4,576 tons a year, according to official figures.