After hundreds of thousands of marine life died in January a new mystery in Canada's Nova Scotia unfolds as dead and damaged fish are washing up again! 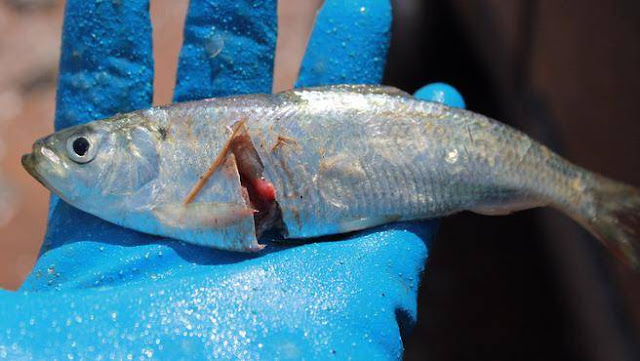 Nova Scotia is once again at the centre of another dead fish mystery as fishermen around the Minas Basin have been finding unprecedented numbers of injured fish in their nets for more than a week, and there have been reports of other, larger, marine life washed up on local shores. 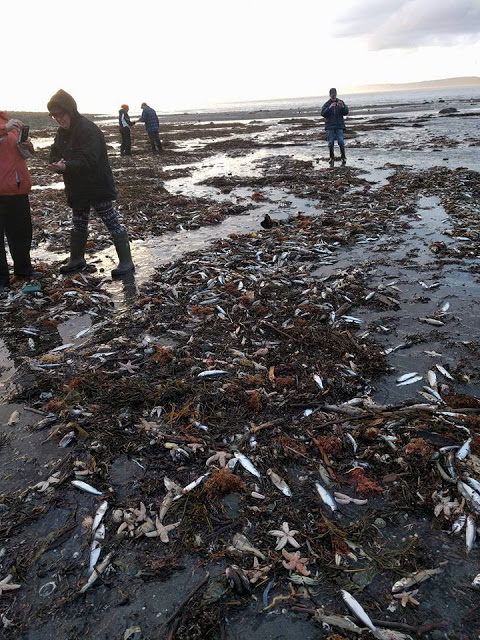 At the beginning of January residents of southwest Nova Scotia were confounded as hundreds of thousands of dead fish, starfish, crabs, clams, scallops and lobster washed up on the shore, which went on for weeks with no one knowing why.

A power turbine in the area was thought to be responsible however The Department of Fisheries and Oceans deny these claims, they don’t at this point think a tidal power turbine is responsible. An emailed statement from DFO fisheries protection staff said further examination of the information they’re gathering is ongoing. The marine mystery earlier in the year began with dead herring washing up by the thousands, then other dead fish, starfish, crabs, clams, scallops and lobster washed up along the shores by the hundreds of thousands.