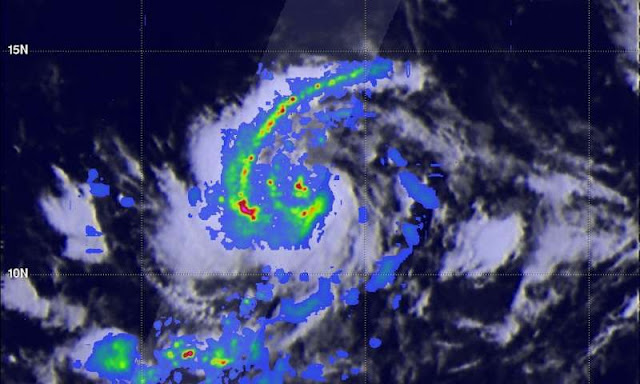 On July 22, NASA/JAXA's GPM found extremely heavy rain (red) falling at a rate of over 224 mm (8.8 inches) per hour and cloud top heights over 14 km (8.7 miles) high in storms south of Georgette's center. Credit: NASA/JAXA/SSAI, Hal Pierce
After Georgette strengthened into the fourth hurricane so far this season in the eastern Pacific, it rapidly intensified into a category 4 hurricane. Georgette is currently 1,145 miles west-southwest of the southern tip of Baja California. Georgette will maintain its strength and may slightly intensify further before beginning to weaken Monday.
Expect no impacts to any land masses as the storm stays out to sea and should fully dissipate by the middle part of next week.