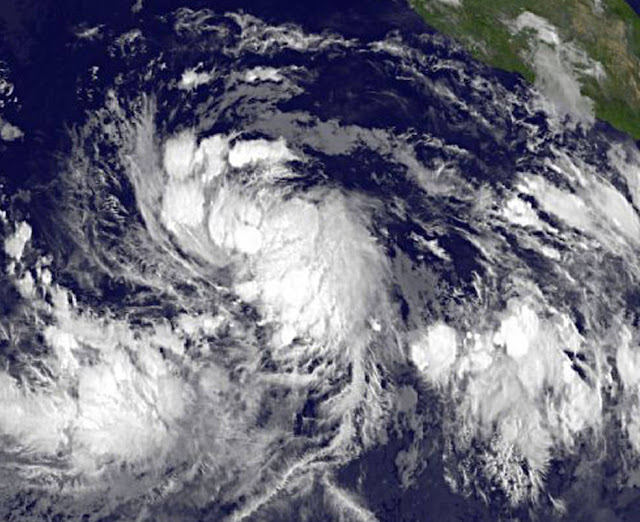 Celia continues to strengthen slowly and remains a Category 1 hurricane.
Deep thunderstorm activity continues to wrap around the center, with more intense activity beginning to develop on the eastern edge of the center.
Celia will remain over warmer water and continue a general westward track over the next day before it takes a turn to the northwest.
Celia will continue to experience very low wind shear and will continue to strengthen over the next day, becoming very close to a major hurricane.
Once Celia turns northwest into cooler waters, it will slowly weaken Accu weather.

Photo Accu weather
MON JUL 11 2016 National Huricane warning for the eastern North Pacific...east of 140 degrees west longitude:
The National Hurricane Center is issuing advisories on Hurricane Celia, located more than 1000 miles west-southwest of the southern tip of the Baja California peninsula.
Satellite images indicate that the area of low pressure located about 350 miles south-southwest of Manzanillo, Mexico, has become better defined this morning.
Associated shower and thunderstorm activity is showing some signs of organization, and a tropical depression is likely to form during the next day or two while the low moves west-northwestward at about 10 mph, away from the coast of Mexico.