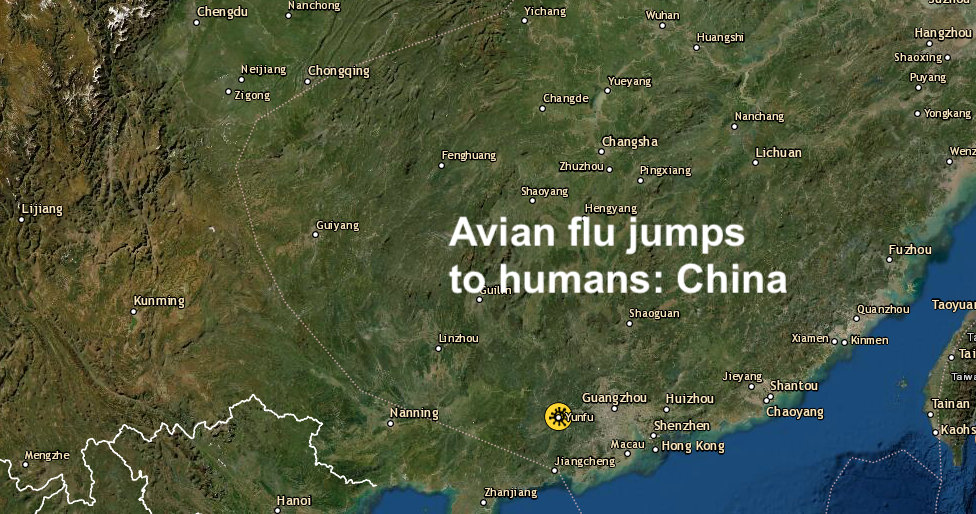 The World Health Organization (WHO) reports one new case of human infection with avian influenza A(H9N2) virus in China during the first week of 2021. The case was a 1-year-and 4-month-old male from Yunfu, Guangdong Province, China, who had exposure to domestic poultry prior to the onset of illness. He developed mild symptoms on 28 December 2020 and was admitted to a hospital on 29 December. As of 4 January 2021, no family cluster was reported. This is the first case to be reported from China in 2021.

In addition, six new cases of human infection with avian influenza A(H9N2) virus were reported on Dec. 9, 2020. The cases were retrospectively detected through Influenzalike illness Surveillance (ILI) between July 2019 and December 2020. No deaths were reported among the reported cases and all six reported mild symptoms. Five of the cases had exposure to poultry and one case had no clear poultry exposure. No family clusters were reported from any of the six cases. In 2020, there were thirteen cases reported from China. A total of 42 cases of human infection with avian influenza A(H9N2) in China have been reported since December 2015.

Meanwhile, bird flu was spotted in the city of Samarra, while Iraq's Ministry of Agriculture affirmed that all defensive procedures were taken to control the spread of the virus, stated Governor of Salahudin province in Iraq on Friday. Ammar Khalil, governor of the province, stated in a report: "the laboratory tests proved that poultry in Samarra, some 120 km north of the Iraqi capital Baghdad, was infected with bird flu." According to a report, Khalil stated that around 60,000 chickens were infected with bird flu in the city, asking poultry owners and civilians in Samarra to be watchful in order to fight the virus. Iraq's Ministry of Agriculture stated in a different report that it had taken all defensive procedures to avoid the spread of the detected H5N8 strain of avian influenza virus to other poultry fields in Salahudin province.