Could H5N8 be the next Covid? Indian officials are monitoring more states who have confirmed cases of avian flu and probing the mysterious unexplained deaths of wild birds, crows, and poultry while health officials try to avoid the spread of the disease to humans. 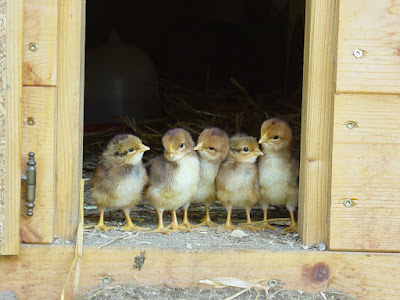 With more states confirming cases of avian flu and many still probing the unexplained deaths of wild birds, crows, and poultry, the central government has intensified its coordination with local authorities to contain the spread of the disease. The Department of Animal Husbandry and Dairying has sought increased monitoring of potential hot spots for the diseases spread and asked for constant communication. Besides Uttar Pradesh, six other states where bird flu has been confirmed till now are Kerala, Rajasthan, Madhya Pradesh, Himachal Pradesh, Haryana and Gujarat.

Here's your 10-point cheatsheet to this big story:
1. Delhi bans import of live birds and closes the city's biggest poultry market in Ghazipur for 10 days. Samples sent to Jalandhar laboratory for testing. A 24-hour helpline set up for citizens with queries. Rapid response teams have been formed in every Delhi district. Veterinary officers are surveying bird markets, wildlife establishments, and water bodies.
2. At least 24 crows have been found dead at a district park in south Delhi's Jasola in the past three days and 10 ducks have died at the famous Sanjay Lake. The lake, along with three recreational parks, has been closed.

3. Punjab has been declared a "controlled area" in view of the outbreak affecting birds in neighbouring states. A complete ban has also been imposed on the import of live birds including poultry and unprocessed poultry meat into the state till January 15.
4. Bird flu confirmed in 13 districts of Madhya Pradesh, while around 1,100 crows and other wild birds have been found dead across 27 districts. A poultry market in Agar Malwa district has been shut for a week after the virus was detected in one sample there.

5. In Chhattisgarh's Balod district, several chickens and wild birds reportedly died under mysterious circumstances in the intervening night of January 8 and 9. The state government has formed a rapid response team to probe the incident and samples have been sent to a laboratory.
6. The 900 chickens died at a poultry farm in Maharashtra's Parbhani district where a probe has been launched. Samples of some dead crows from Mumbai, Thane, Dhapoli, and Beed districts, too, have been sent to the National Institute of High-Security Animal Diseases for testing.
7. In Kerala's two affected districts, the process of culling birds has been completed. The state has issued guidelines for post-operational surveillance. A central team has arrived in the state to keep an eye on developments.
8. The Department of Animal Husbandry and Dairying has written to Chief Secretaries of States and Union Territories asking them to monitor the situation and keep effective communication open with health officials, particularly with regards to avoiding the spread of the disease to humans. They have also been asked to track water bodies, bird markets, zoos, poultry farms, and all their surrounding areas.
9. The Department of Animal Husbandry and Dairying has asked states to ensure the availability of PPE kits and accessories to be used to cull birds and dispose of carcases and bird waste.
10. State governments have also been asked to tackle rumours that influence poultry product consumers. They are expected to increase awareness about their safety, especially after the products are boiled or cooked.

In the UK, chickens are being culled. not because of the flu, but due to the lack of demand for eggs, a knock-on effect of the lock down.