The Philippines: Typhoon Vamco kills 53: Vietnam evacuates 500,000 as Vamco set to slam into the country today: In Vietnam more than 160 people have been killed in natural disasters triggered by a series of storms since early October. 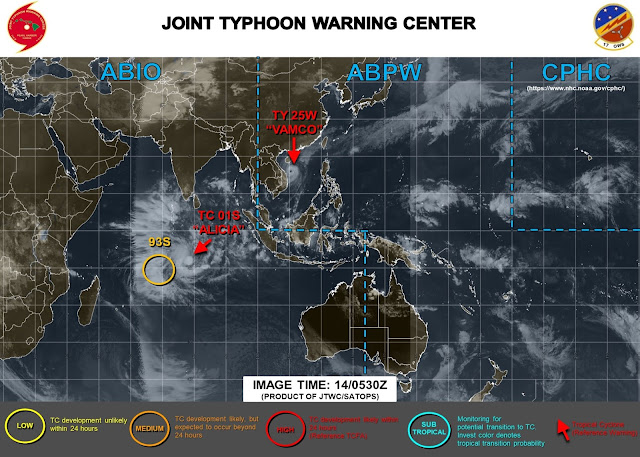 Vietnam is the latest country bracing for a direct hit from Typhoon Vamco which is expected to make landfall along the typhoon battered country's central coast later today.
The Philippines is recovering from its deadliest storm of the year after Typhoon Vamco killed 53 people packing winds of 165 kph, (103 mph). Vamco is forecast to hit a swathe of Vietnam’s coast from Ha Tinh to Quang Ngai province, the government’s weather agency said on Saturday. “This is a very strong typhoon,” Prime Minister Nguyen Xuan Phuc said, warning provinces in Vamco’s projected path to prepare for its impact.

The provinces plan to evacuate 468,000 people by the end of Saturday, state media cited the government’s disaster management authority as saying. Vietnam is prone to destructive storms and flooding due to its long coastline. Vamco will be the 13th storm that affects the Southeast Asian country this year, where more than 160 people have been killed in natural disasters triggered by a series of storms since early October.

Record-busting 2020 Continues Fires, Heat, and now Hurricanes: The northeastern Atlantic Ocean made the 2020 season the most active on record with Subtropical Storm Theta becoming the 29th named storm and storm number 30 already forming

“There has been no respite for more than eight million people living in central Vietnam,” said Nguyen Thi Xuan Thu, Vietnam Red Cross Society President. “Each time they start rebuilding their lives and livelihoods, they are pummelled by yet another storm.”

Vietnam has been battered by storms and torrential rains in the last two months. More than 40 people died in Vietnam and scores more missing, including rescuers, due to prolonged heavy rain and flash flooding from tropical storm Nangka in the middle of October.

In late October Vietnam evacuated more than a million people in its central lowlands as the powerful Typhoon Molave slammed into Vietnam's south-central coast.