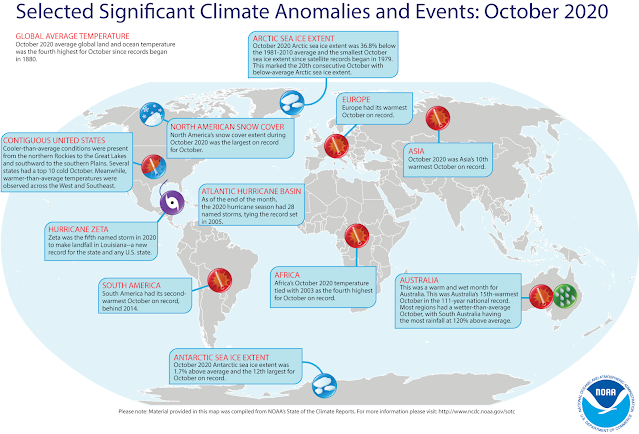 Click on image to enlarge. An annotated map of the globe showing notable climate and weather events that occurred during October 2020.

Earth endured exceptional heat last month with October 2020 ranking fourth-hottest October on record. The year to date (January through October) ranked second-hottest for the globe as Arctic sea ice coverage shrank to historic lows for the month, according to scientists at NOAA’s National Centers for Environmental Information (NCEI).