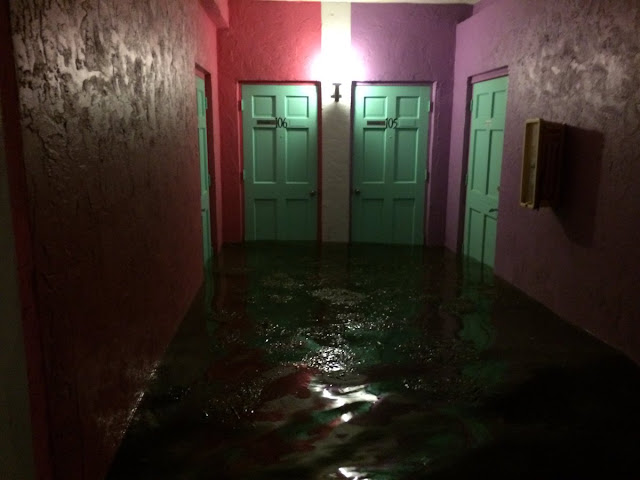 Around100,000 across Florida loose electrical power as Hurricane Hermine spreads with winds up to 80 mph as it makes land fall along the north west coast.
Hurricane Hermine is the first hurricane to hit Florida in more than a decade.
Millions of Floridians are dealing with the severe effects from the first landfalling hurricane to hit Florida in 11 years.
Hermine was upgraded to a Category 1 hurricane shortly before 3 p.m. EDT on Thursday.
The storm made landfall around 1:30 a.m. EDT Friday near St. Marks, Florida, and is pounding the state with flooding rain, damaging wind, storm surge and tornadoes.
Florida Gov. Rick Scott has declared a state of emergency for 51 counties and has regularly been in contact with local officials to help prepare residents, reports Accu Weather. 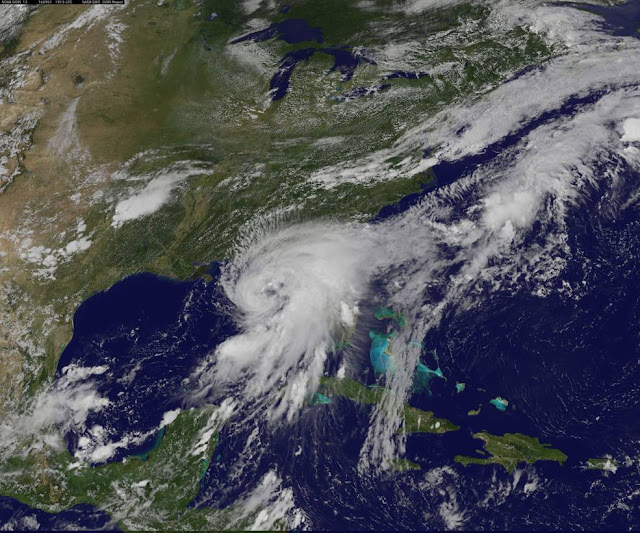 Hurricane Hermine caught by NASA
Hermine had been progressing toward Florida's coast as a tropical storm but was dramatically upgraded on Thursday after winds topped 75mph, the minimum requirement for a storm to be considered a hurricane.
The last hurricane to hit Florida was Wilma in October 2005, which killed a total of 62 in the Yucatán Peninsula of Mexico, Cuba, and Florida.

Home pageRelated
Atomic cloud appears in Russian sky leaving local's panicking and thinking WWIII had begun
Lightning strikes again! At least 322 wild reindeer killed by lightning in Norway: 2016 has seen a massive increase in death by lightning
2 months rain in one day makes Iowa the latest state in America to declare an emergency as our planet is showing signs of birth pangs
Rain bombs and thousand year floods are catching America’s attention as 110,000 homes damaged by floods in Louisiana .
One Dead, One Missing in Louisiana Flooding as rivers reach record highs
12 dead and thousands hospitalised as Japan temperature hits 40C (104F)
Death toll expected to rise as Tropical Storm Earl kills 38 people in Mexico
54 dead after a week of torrential rains and flash floods in Pakistan
More than a years rain in two hours kill 22 and and injures 60 in Macedonia
40C, 104F is becoming a summer normal as evidence shows Shanghai is getting hotter
Scorched Earth! A week after Kuwait tied the world’s highest known temperature UAE temperature hits 50C, 122F
One month's rain in two hours destroys Ellicott City maine street in Maryland killing two
40 people killed 35 others injured due to lightning strikes in Odisha, India
Spanish high season on alert as temperatures set to soar to above 42 C (108 Degrees)
37 people dead 26 missing and 2,000 houses destroyed from floods and landslides in Nepal
Temperatures to hit 110 degrees (43C) during the weekend in the San Fernando Valley
Astounding statistics! Over one years rain in one day kills 225, 250,000 trapped and 53,000 houses destroyed in China
Kuwait tie's the world’s highest known temperature this week at 129.2 degrees (54 Celsius).
India –124 Dead 55,000 dead cattle and 336,555 damaged homes after monsoon rains
Two weeks after heavy rain left 128 people dead another 100 dead or missing in new China floods
Unprecedented and undeniable! June marks 14 consecutive months of record heat for the globe
Deadly Texas heat wave kills four and is the hottest summer since 1994
Greenland lost over a trillion tons of ice from Jan. 1, 2011 to Dec. 31, 2014 report claims
Parts of Europe on alert as a heatwave moves in with some parts hitting 40C (104F)
at September 02, 2016